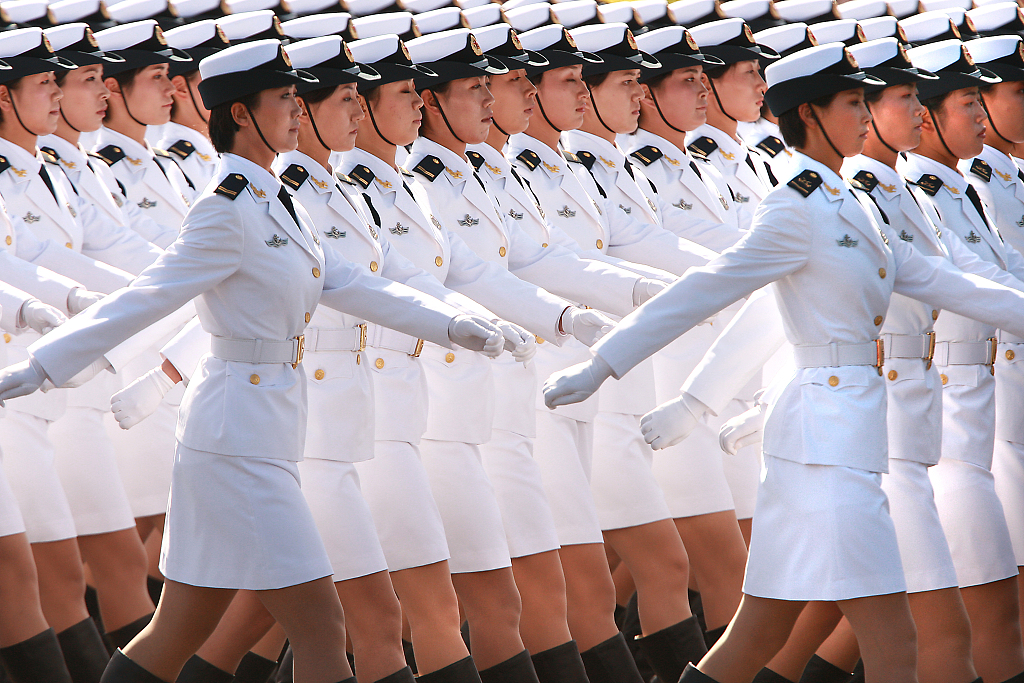 The scale of the parade will be the largest in recent years, said Cai Zhijun, deputy head of the office, during the group interview.

A total of 59 formations and a military band, including more than 160 aircraft and 580 pieces of equipment, will be featured in the parade, Cai said.

The parade will consist of two parts. First, the troops will be reviewed along Chang'an Avenue; then, airborne flag-guarding echelons, foot formations, armament formations and air echelons will pass through or fly across Tian'anmen Square. The parade will last for about 80 minutes, Cai said.

Foot formations are comprised of 15 formations of guards of honor, servicewomen, civilian personnel, reserve forces, militia, peacekeepers, among others.

Bombers, naval aircraft, fighters and other weaponry will fly in 12 air echelons, according to Cai.

The age range for joining the parade is broad, Tan said, noting that the parade will see young soldiers in their 20s as well as senior commanders who are over 60 years old.

It is a vivid demonstration of the fine traditions of the people's troops to see that several generations of soldiers and officers are reviewed at the same time, Tan said.