CHINA 15-20% of those quarantined in Suifenhe may be infected: official

15-20% of those quarantined in Suifenhe may be infected: official 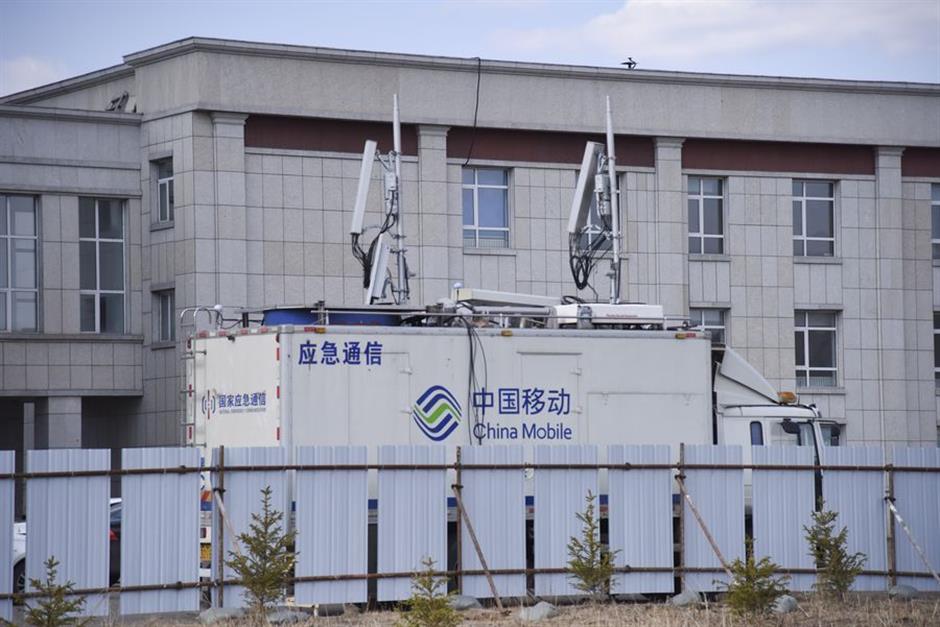 An emergency communication vehicle is seen at the construction site of a temporary hospital in Suifenhe, northeast China's Heilongjiang Province, April 10, 2020. (Photo: Xinhua)

Medical resources are strained and the local capacity to deal with the onslaught of imported COVID-19 cases has reached its limits in the Chinese city of Suifenhe, bordering Russia, as national health authorities have sent experts to help, and donations of medical equipment from across the country have arrived.

While recording 243 confirmed COVID-19 cases, the Suifenhe land port neighboring Russia has 1,479 people under collective quarantine, 15-20 percent of whom may be diagnosed and tested positive, local officials said on Monday.

Yang Yanjie, the vice head of the expert group for epidemiological investigation of COVID-19 of Heilongjiang Province, told the Global Times on Monday that the number of infections in Suifenhe will keep soaring and the city still needs about a month to handle imported cases from Russia.

Heilongjiang said on Sunday the passenger channel of Suifenhe's border port with Russia would remain closed on Monday.

However, some Chinese businessmen spread rumors online to encourage Chinese nationals in Russia to go back to their homeland via Suifenhe's port after Monday. Some even said they will break into China's customs, according to the Chinese consulate in Russia's Vladivostok.

Inbound arrivals at the Suifenhe port total about 200 to 400 per day.

Yang urged tougher measures.  "Some close contacts … might conceal their health status, and some asymptomatic people are hard to detect," said Yang, noting that epidemiologists from Heilongjiang have been investigating close contacts, but progress has not reached expectations.

Faced with challenges in the border city, the National Health Commission (NHC) and the national Center for Disease Control have sent experts to help, and donations of medical equipment from across the country have arrived.

Zhang Lin, a staff member of the Red Cross Society of Suifenhe, told the Global Times that the organization has received many donations of medical supplies from China.

"We have enough disinfectants now, but medical masks, protective suits as well as ventilators are still running short," said Zhang.

The NHC sent a team of 15 elite medical experts who specialize in severe respiratory infections, health emergencies, infectious disease control and laboratory testing to Suifenhe on Sunday. A temporary testing laboratory opened with the aid of the 15 experts.

Trucks carrying nearly 100 boxes of some 50 types of medical supplies were also sent to Suifenhe, said the NHC.

Ding, a local resident of Suifenhe, told the Global Times that he has never experienced such an intense atmosphere in the county. He said that he sees a silver lining among the clouds if everyone holds fast.

"Some of my friends are doing voluntary work like delivering goods to isolation sites and hospitals," said Ding.