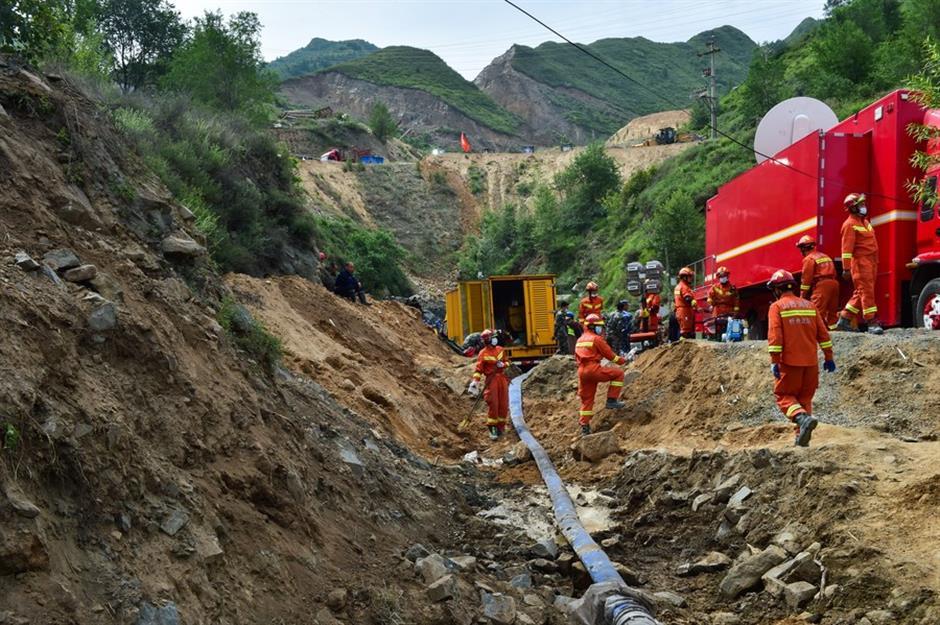 Rescuers work at the accident site of an iron mine flooding in Daixian County, north China's Shanxi Province on June 11, 2021. (Photo: Agencies)

A total of 15 people have been detained by local police and another five removed or suspended from their posts after an iron-mine accident killed 13 in north China's Shanxi Province.

The accident took place in Daixian County on June 10 when a well of the iron mine flooded.

An investigation into the cause of the accident is still underway.