Mysterious guest
On March 9, 2007, one of the lines that Zhou was in charge of had a problem. Zhou found a bird's nest about 1 meter in diameter on the top of Tower No. 86. Hovering above the nest was a bird with a wing span of more than 2 meters.
Zhou saw that bird droppings were causing the power outage.

Since Zhou has never seen such big bird before, he did some research and consulted professionals. He then found the bird – an oriental white stork – was under first-class state protection in China. Due to its rarity, some people dubbed it "the giant panda of birds." 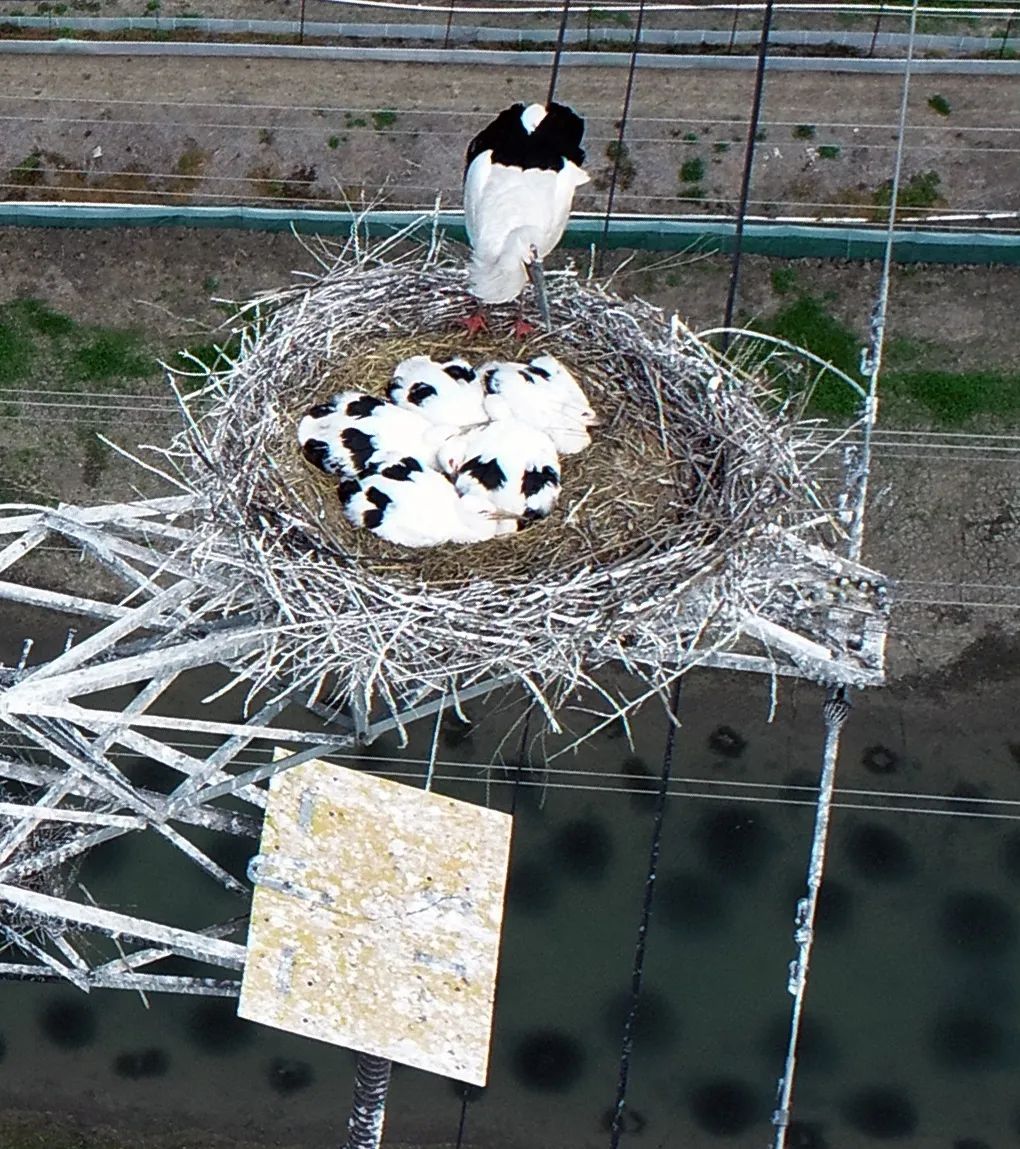 Driving the birds away
Because of the lack of tall trees in the Gaoyou area, oriental white storks chose to build their nests on transmission towers.
Bird droppings and nesting branches falling on high voltage lines can all cause power outages.
Zhou and his colleagues decided to drive these birds away. Their efforts did not work, so the team changed their approach. They installed a protective baffle under the birds' nest.
The baffle is made of light and corrosion-resistant resin insulation that is hard enough to support the debris and droppings from the birds' nests.
Zhou and his colleagues created the Volunteer Service Team to protect both the lines and birds. The move has led more people to protect the oriental white stork.
As of April, Zhou and his teammates have installed more than 2,300 protective baffles along 22 high voltage transmission lines. 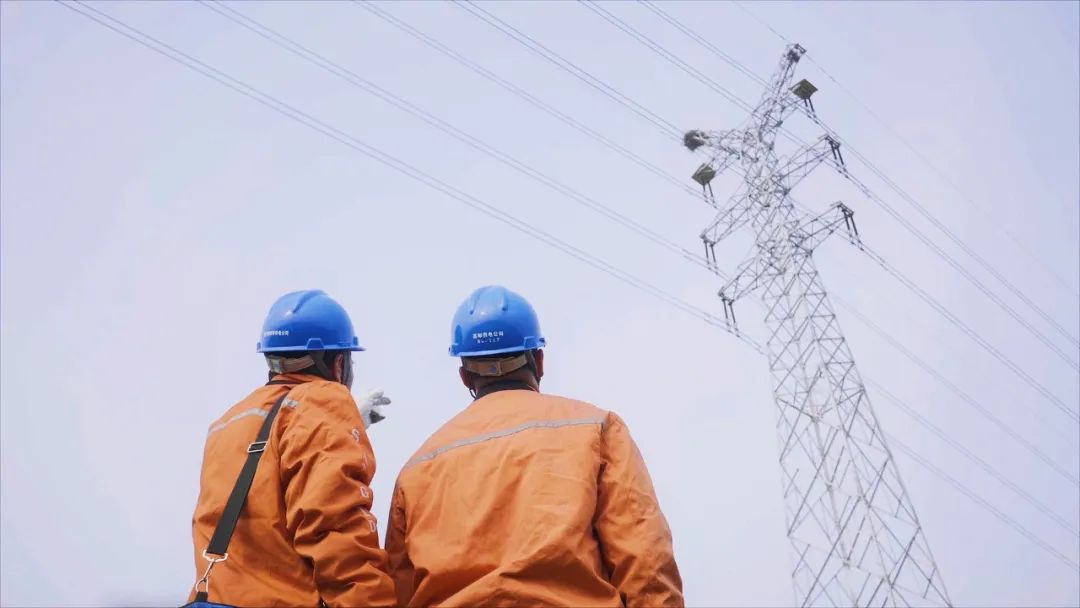 Building birds' nests
In April and May in 2021, Gaoyou experienced gale-force winds.
Birds' nests were blown away. Some chicks got injured.
The power company worked jointly with the Gaoyou Wildlife Conservation Station.
On 40-meter towers, artificial birds' nests for the oriental white storks were built.
These artificial birds' nests are made of stainless steel. These nests are fastened with galvanized flat iron, with twigs and straw in them, creating a safe and comfortable environment for the oriental white storks. 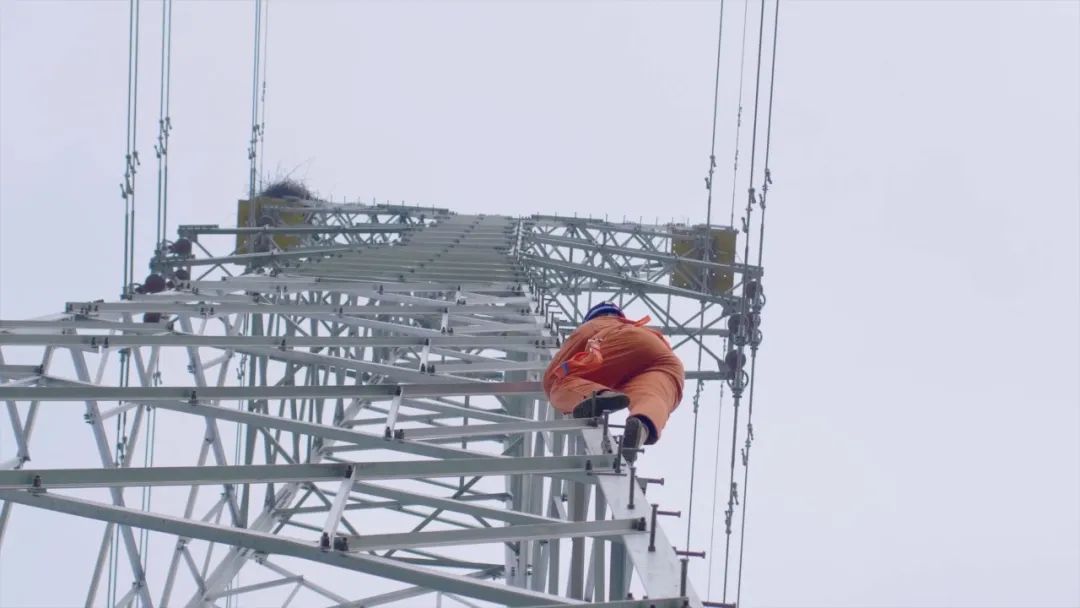 15 years later, the birds thrive
Decades of efforts paid off. Zhou and his teammates used to find only one or two oriental white storks. Now there are more than 200 of them in Gaoyou.
On May 8, 2020, Zhou retired. His farewell party was held under a transmission tower. Looking up the tower, Zhou told his young colleagues that he used to be in charge of lines along more than 50 kilometers. "Now they are all yours," said Zhou.
A pair of oriental white storks then flew out of the nest on the tower, as if to say good-bye to Zhou. Before long, Zhou was invited by the Gaoyou Wildlife Conservation Station to be a volunteer. His efforts in bird protection continue.
(Compiled by Dong Feng)