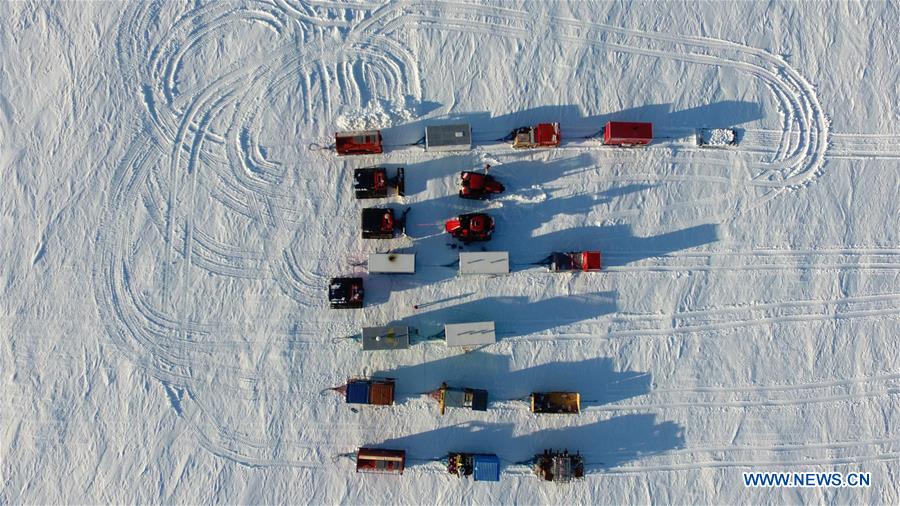 The members are in good health and are carrying out equipment maintenance and preparations for scientific research.

They plan to work for 20 days at the station, said Shang Zhaohui, the captain of the Kunlun team. They will conduct maintenance on telescopes and undertake other projects as in the past years including data collection, equipment installation and operation, sample collection and gravity measurements.

The station is China’s first inland station in Antarctica, as well as one at the highest elevation on the continent, and is situated around seven kilometers southwest of the Dome Argus (Dome A), the peak of Antarctica's inland icecap.

China's 35th Antarctic expedition sent 37 members comprising two inland teams to the Kunlun and Taishan stations on Dec. 18, 2018. The Kunlun team continued the expedition after the other team arrived at the Taishan station on December 25.