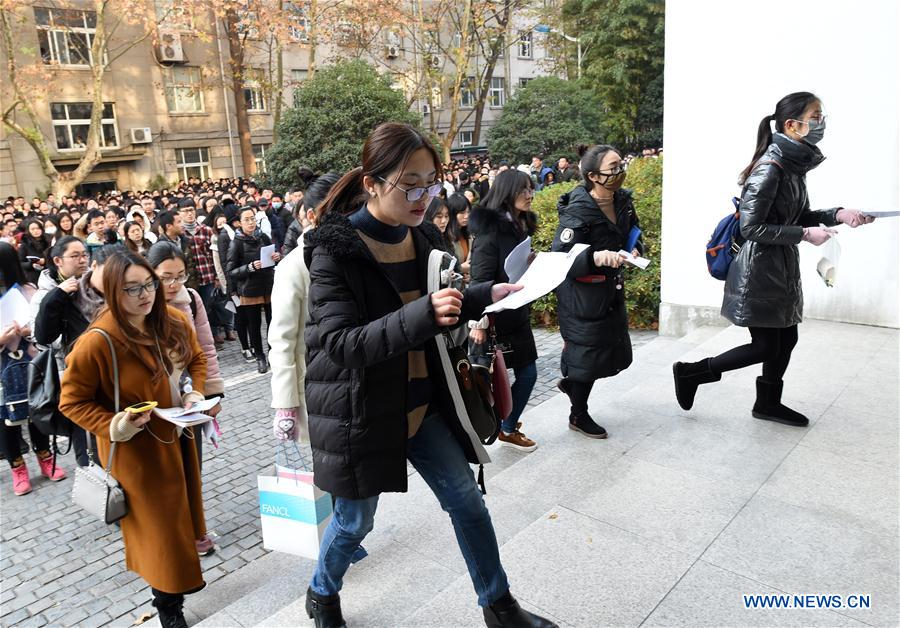 A number of provinces held their provincial-level civil service exams in July. Due to the epidemic, the recruitment of provincial employees was generally postponed this year. The exam in 2019 was in April and recruited about 80,000 people to public service.

Most provinces say they expect to recruit more workers this year. The Inner Mongolia Autonomous Region in North China for example, plans to recruit 7,270 people, nearly four times as many as last year. Northwest China’s Ningxia Hui Autonomous Region plans to hire 1,323 people, the most in four years and nearly 800 more than in 2019.

The provincial level regions have also issued preferential policies to encourage new graduates to serve at the grassroots level.

As the scale of public services expand, so does the government's need for new employees, said Yan Jirong, director of the Institute of Public Governance at Peking University, noting that to provide decent and efficient public services, a basic number of civil servants is required.

Test takers are required to take their temperatures, wear a mask, and check in by swiping a health QR code due to the virus control measures.

Due to a recent coronavirus outbreak in Northwest China’s Xinjiang Uygur Autonomous Region, the civil service exam scheduled for Saturday has been postponed.