BEIJING, March 2 (Xinhua) -- Publishing houses from 17 countries have partnered with Beijing-based Foreign Languages Press, the publisher of the third volume of "Xi Jinping: The Governance of China," for translating the book into different languages for publication. 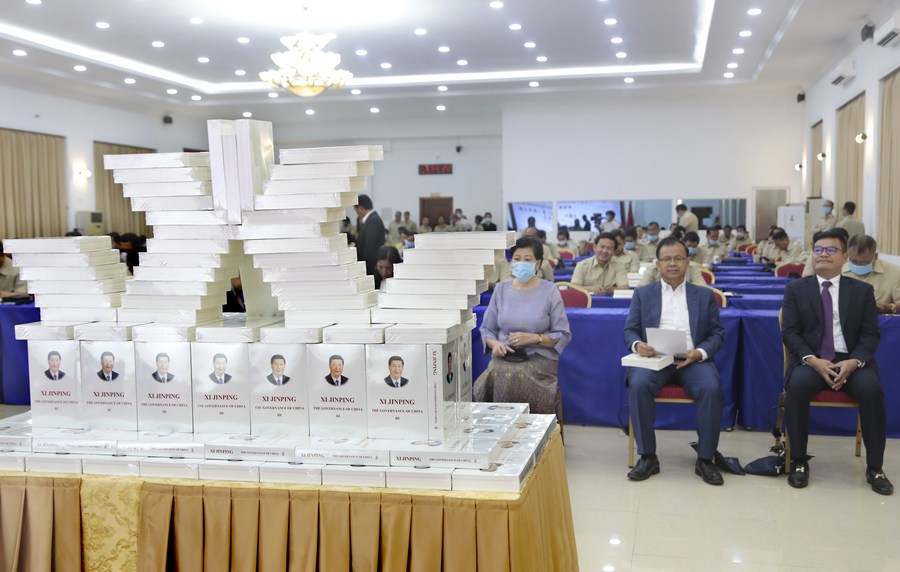 The launching ceremony of the third volume of "Xi Jinping: The Governance of China" in Phnom Penh, Cambodia, Sept. 29, 2020. (Photo: Xinhua)

The book, first published in Chinese and English on June 30, 2020, records the practices of the Communist Party of China (CPC) Central Committee with Comrade Xi Jinping at the core in leading the whole Party and Chinese people to make new and major advances in various undertakings of the Party and the country since the 19th CPC National Congress in 2017.

"Xi Jinping: The Governance of China" has three volumes, which have been translated into 33 languages and distributed in over 170 countries and regions.

The Chinese publisher said it is also working on the translation and publishing process of the French, Russian, Spanish, Arabic, German, Japanese, and Portuguese versions of the third volume.