BEIJING, Sept. 14 (Xinhua) -- A 17-meter-tall display in the shape of a flower basket will be placed at the center of Tian'anmen Square as a decoration for the upcoming holidays, authorities said Friday. 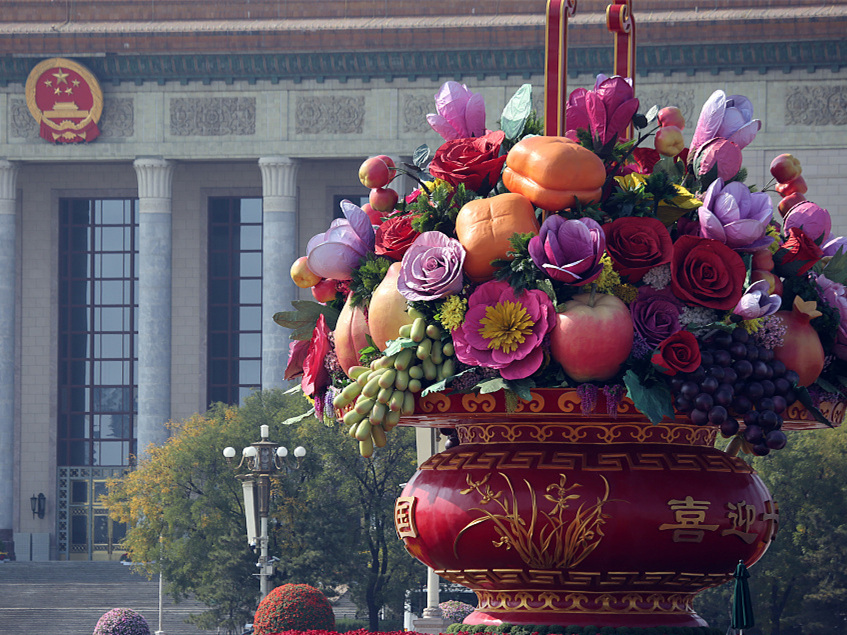 The basket with a diameter of 50 meters will hold artificial flowers such as plum blossoms, carnations, sunflowers, orchids and Chinese roses. Construction work will start on Friday and finish before the upcoming Mid-Autumn Festival.

According to the Municipal Bureau of Landscape and Forestry, similar baskets have appeared at the center of the square for China's National Day holiday since 2011.

Flower belts of 3,800 square meters will also be placed on both sides of the square, and 10 displays with flowers will be placed along the Chang'an Boulevard, Beijing's main artery which forms the northern boundary of the square.