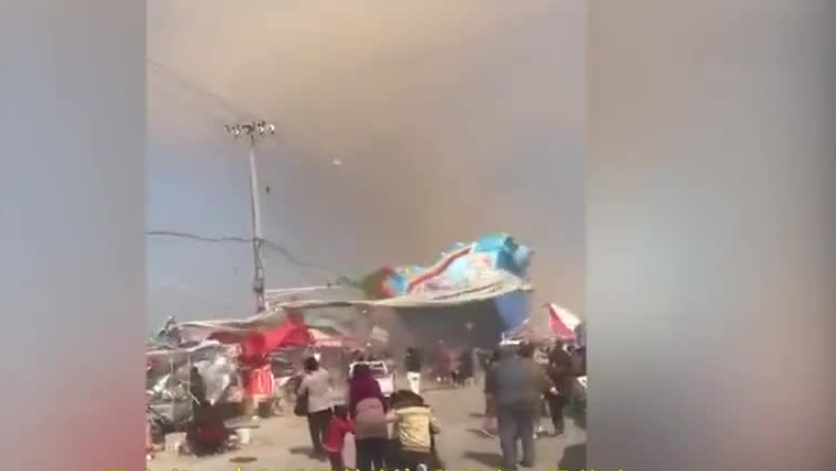 ZHENGZHOU, March 31 (Xinhua) -- A total of 20 people, including 18 children, were injured after a cyclone flipped over and carried away a inflatable bouncer in central China's Henan Province Sunday, local authorities said.

The cyclone wreaked havoc on a scenic spot in Yucheng County in the city of Shangqiu at around 3 p.m., according to the county's publicity department.

The injured, in various conditions, were rushed to local hospitals for treatment.