CHINA 18 dead, one rescued in China mine accident

18 dead, one rescued in China mine accident 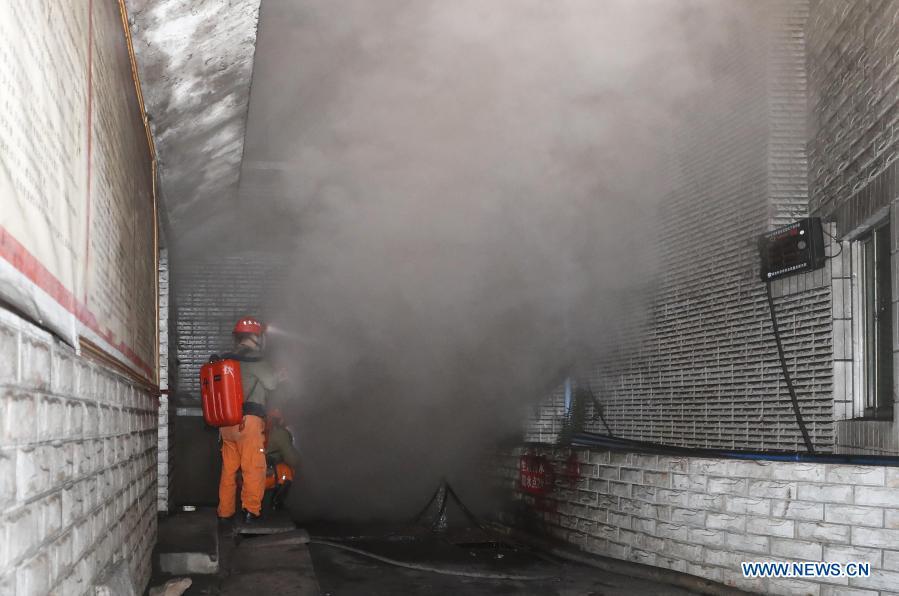 CHONGQING, Dec. 5 (Xinhua) -- Eighteen people have been killed and one survivor has been rescued after an accident due to excessive levels of carbon monoxide in a coal mine in southwest China, rescuers said Saturday.

The accident happened at around 5 p.m. Friday at the closed Diaoshuidong colliery in Yongchuan District, Chongqing Municipality when workers were dismantling equipment in the pit, trapping 24 workers underground. The mine was suspended and shut down two months ago.

The rescue operation is underway, while the cause of the accident is being investigated.