A 7.4 magnitude earthquake that hit northwest China's Qinghai Province early Saturday has left 18 injured and disrupted the lives of over 32,000 local residents, authorities said on Monday. 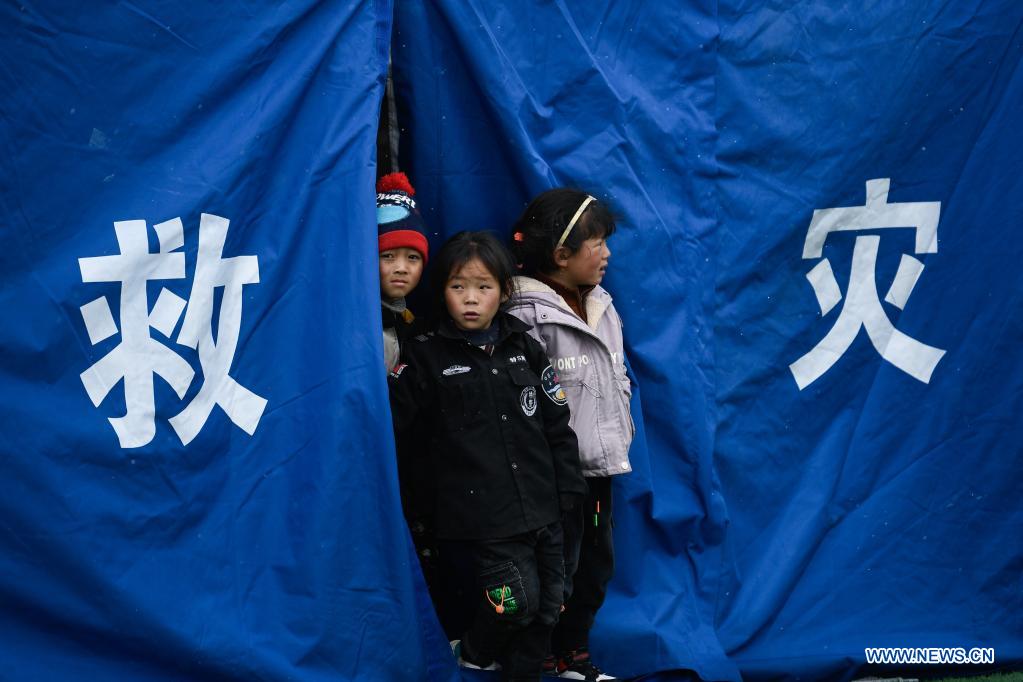 Children are seen at a temporary shelter in Maduo County of Golog Tibetan Autonomous Prefecture, northwest China's Qinghai Province, May 22, 2021. A 7.4-magnitude earthquake hit Maduo County of Golog at 2:04 a.m. Saturday Beijing Time, according to the China Earthquake Networks Center. A total of 186 children from a boarding school in Huanghe Township who were affected by the earthquake have been accommodated at a temporary shelter. (Photo: Xinhua)

Among the injured, 17 had been treated and discharged from hospital by 8 am Monday, said Li Jun, an official with the provincial department of emergency management, at a press conference.

The earthquake jolted Maduo County of the Golog Tibetan Autonomous Prefecture at 2:04 am Saturday. The county is located over 4,000 meters above sea level.

More than 32,000 people from 26 townships in Golog and the Yushu Tibetan Autonomous Prefecture were affected.

Tents have been set up as temporary schools in Maduo County, and elementary and high schools resumed classes on Monday. Power and water supplies are available at makeshift shelters.

The central and provincial governments have allocated 69 million yuan (10.7 million US dollars) for earthquake relief, and distributed materials including coal and heating devices.