180 Chinese students in US arrive in Shanghai on special flight 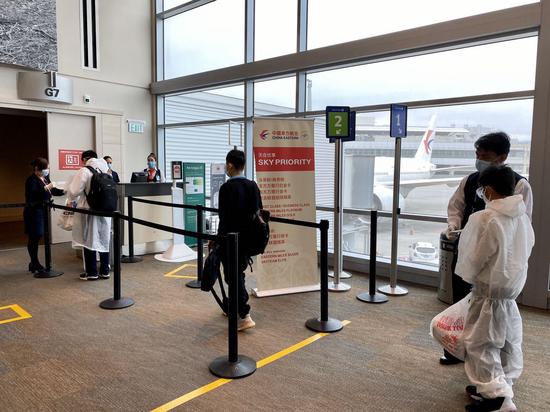 On the afternoon of April 12 BJT, through the coordination of China's foreign ministry, 180 Chinese students arrived at Shanghai Pudong International Airport on a China Eastern Airlines flight from San Francisco, the U.S.

Most of the students are between the ages of 12 and 16. The guardians of the international students signed a letter of commitment in advance, voluntarily bearing all possible risks in the process of returning to China and voluntarily accepting the domestic epidemic prevention and control arrangements.

After the flight landed in Shanghai, the city strictly followed the epidemic prevention and control work requirements for inbound personnel, began to implement the closed transfer from the airport of all the inbound personnel for nucleic acid testing (NAT) and for 14 days of quarantine health observation.

Meanwhile, the airport has informed the guardians to wait at the designated place in advance to fulfill their guardianship responsibility. The assembly quarantine site is staffed with medical staff and professional child social workers. At present, the work is proceeding in an orderly way.