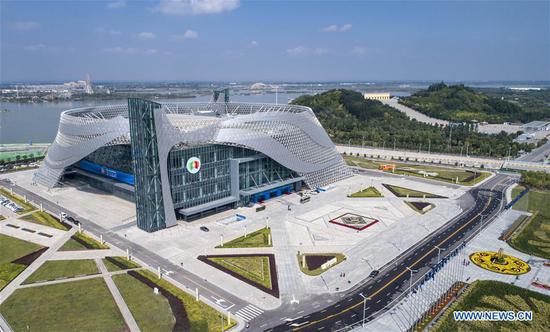 YINCHUAN, Sept. 6 (Xinhua) -- A total of 287 deals worth about 185.42 billion yuan (26 billion U.S. dollars) have been signed so far at the fourth China-Arab States Expo in northwest China's Ningxia Hui Autonomous Region.

The new cooperation is expected to add momentum to the pursuit of the Belt and Road Initiative and bring new development opportunities to the countries participating in the initiative, according to the expo's organizer.

This year's China-Arab States Expo kicked off Thursday in Ningxia's regional capital Yinchuan and will run until Sunday. It has brought together 12,600 participants from 2,900 regional organizations, commerce chambers, associations and enterprises in 89 countries.

Inaugurated in 2013, the biennial event has become an important platform for China and Arab countries to jointly pursue the Belt and Road Initiative.