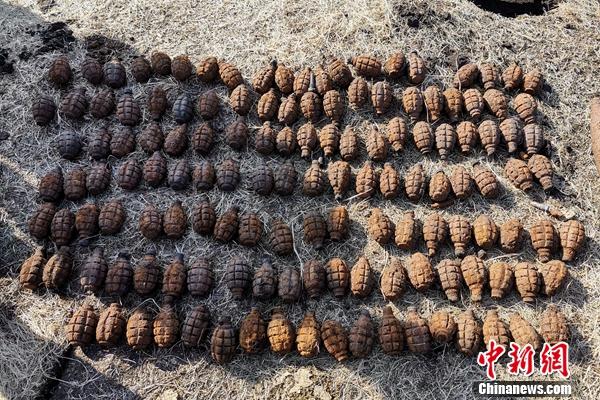 The team in Xilin Gol League came across several shells and grenades during a horseback patrol and marked their location. Further investigation with specialized instruments found nearly 100 more in the area.

A total of 186 shells were unearthed after six hours of carpet screening, including 139 grenades and 47 warheads.

Experts said those were sunk into the swamp by the Soviet Union's Red Army in the second world war and exposed after over 70 years of rain wash.

Though most of the shells were rusty, detonators of many remained intact, posing huge explosion hazards, experts said.

Bai Hu, leader of the border management team, said 190 shells left by Japanese troops during WWII some 15 km south of the area were destroyed in May 2011.

A more thorough screening of the area will be arranged to ensure safety, the authority said.