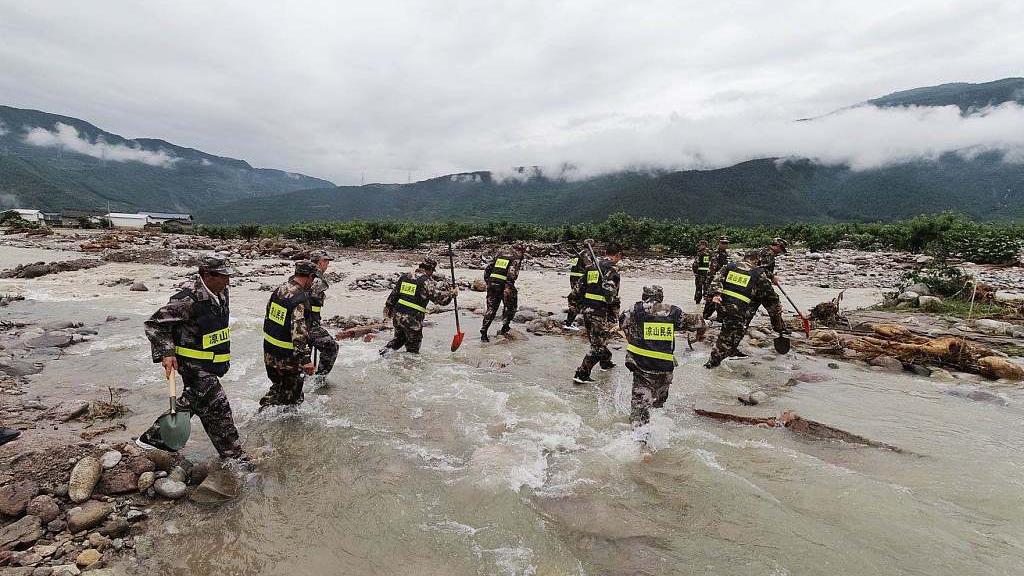 At least 19 people were killed and three are still missing after a heavy rainstorm lashed the county of Mianning in southwest China's Sichuan Province, the information office of the Mianning County government said in a notice published on Friday evening.

Nearly 500 people, including local civil rescuers and over 100 vehicles, have participated in search and rescue operations on Friday.

Torrential rains hit the county on June 26, and 5,660 people are in temporary settlements in the county as of Tuesday, the office earlier said.
Meanwhile, the direct economic loss caused by the rainstorm amounted to 738 million yuan (about 104 million U.S. dollars), the office noted.

According to Yihai Town's Party secretary Lu Zhen, the pressure is mounting due to the high and a concentrated number of people living at temporary shelters.