CHINA 191 telecom fraud suspects escorted back to China from Laos

191 telecom fraud suspects escorted back to China from Laos

A total of 191 telecom and Internet fraud suspects were brought back from Laos to central China's Henan Province on two chartered airplanes under escort of Chinese police officers Friday, according to authorities.

They were linked to more than 800 fraud cases in various provinces and regions of China that involved more than 60 million yuan (8.9 million U.S. dollars), the Ministry of Public Security said. 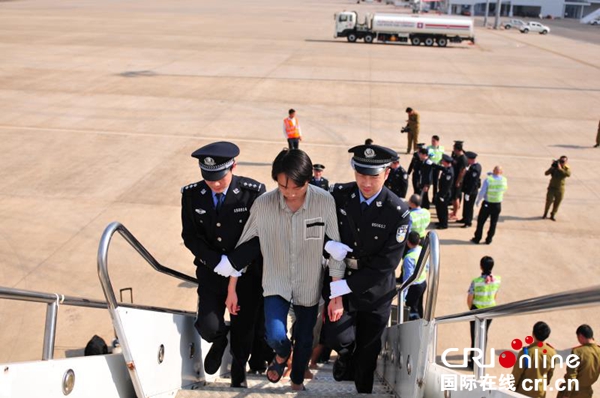 A telecom and Internet fraud suspect is brought back from Laos to central China's Henan Province on Friday, January 11, 2019. (Photo: cri.cn)

Henan Province has reported a slew of telecom fraud cases since last year. According to the police, the victims were conned into believing they could earn money by faking orders to help merchants increase online sales, only to find out that they could not make any money or get their own money back. They were allegedly defrauded out of between 5,000 and 30,000 yuan (741 to 4,447 U.S. dollars) each.

Thanks to cooperation between Chinese and Lao police, the fraudsters' hideouts were located in Laos and raided, resulting in the arrest of 191 suspects from 11 fraud groups.

In December 2012, the ministry started a year-long campaign against telecom and Internet fraud.