BEIJING, Oct. 31 (Xinhua) - The 19th Central Committee of the Communist Party of China (CPC) concluded its fourth plenary session in Beijing on Thursday with the release of a communique. 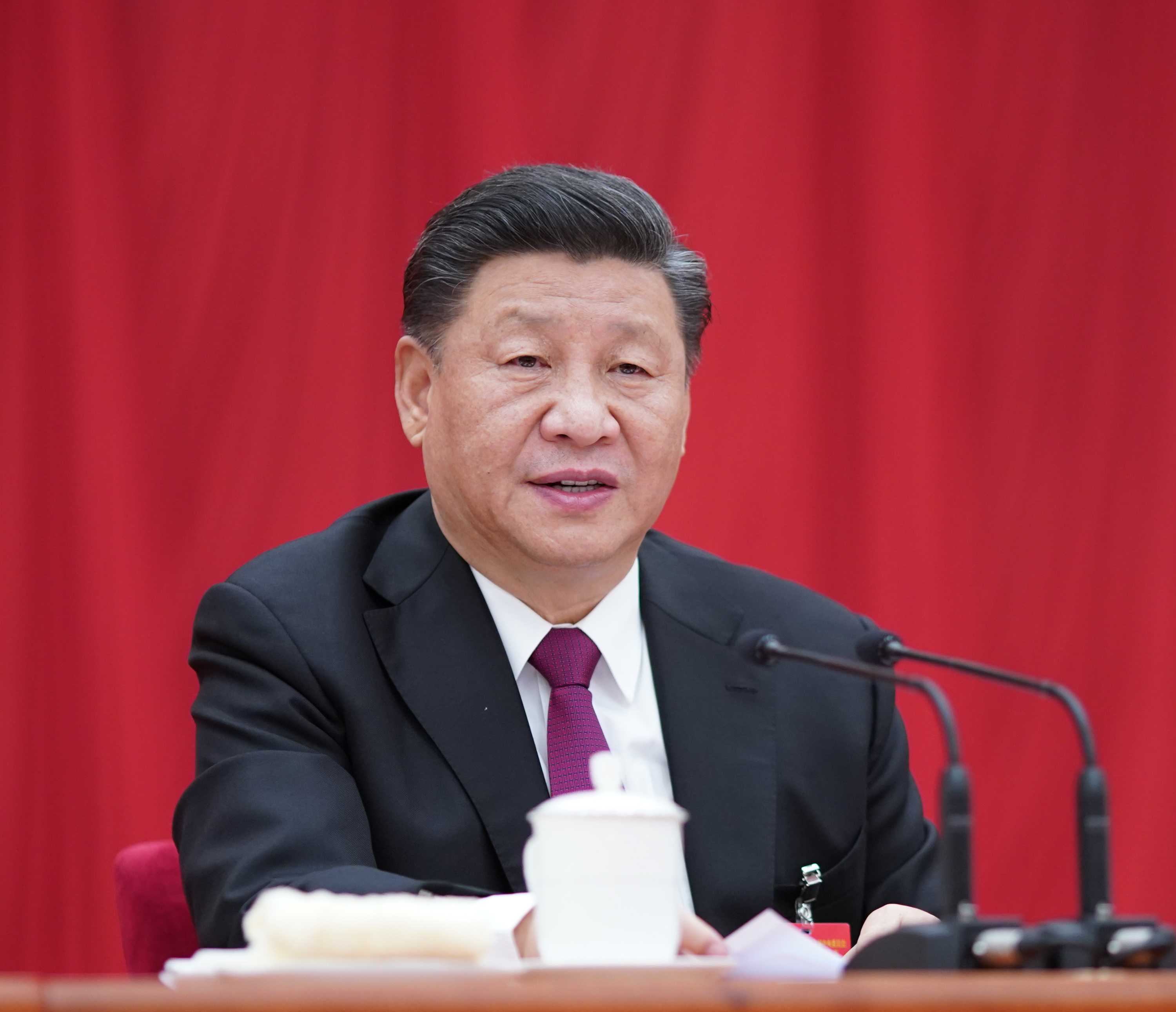 The plenary session heard and discussed a work report delivered by Xi, who was entrusted by the Political Bureau of the CPC Central Committee, according to the communique. 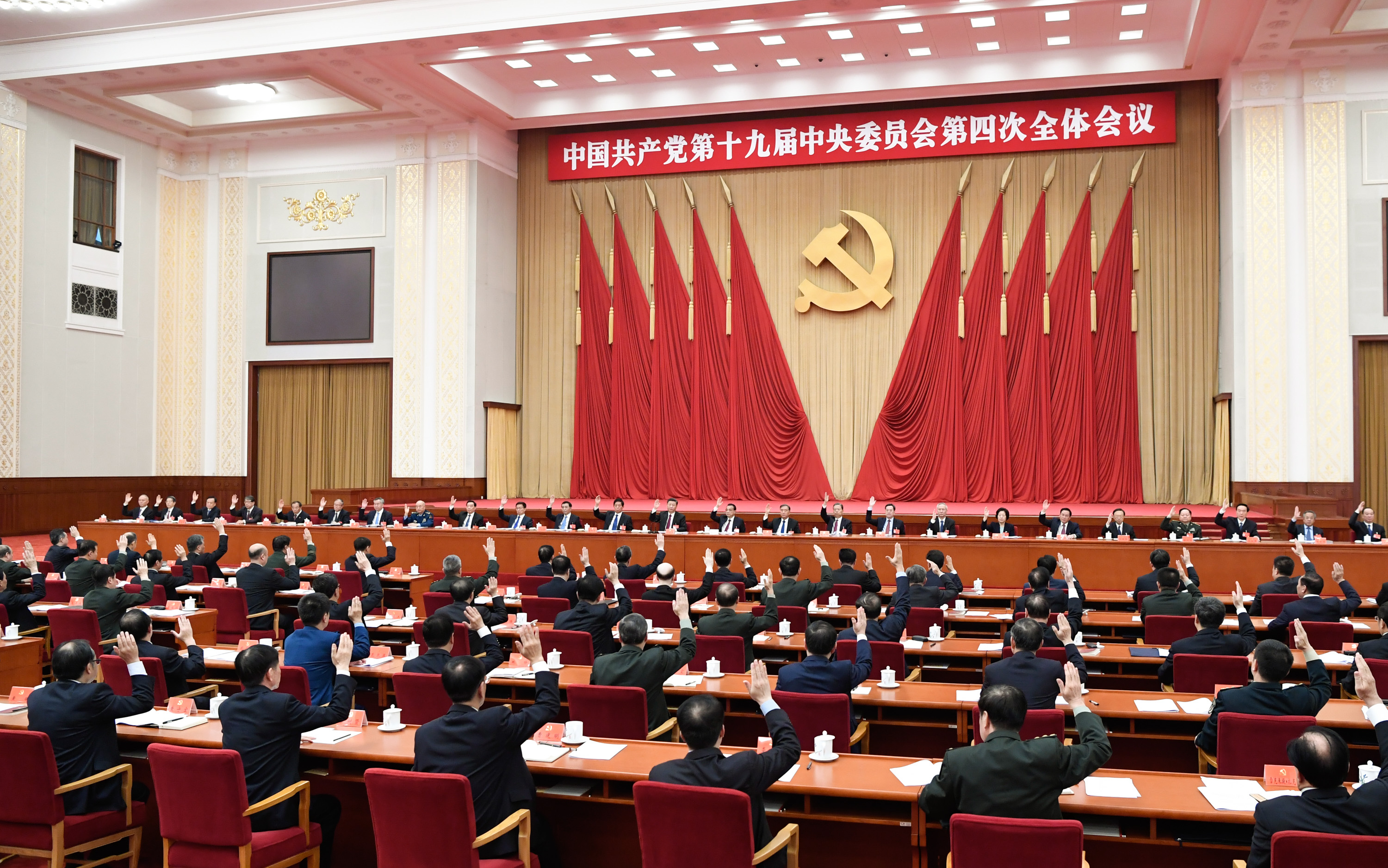 The session reviewed and adopted the CPC Central Committee's decision on some major issues concerning how to uphold and improve the system of socialism with Chinese characteristics and advance the modernization of China's system and capacity for governance. Xi explained the draft document to the plenary session.

"The system of socialism with Chinese characteristics is a scientific system developed by the Party and the people through their long-term practices and explorations," the communique read. 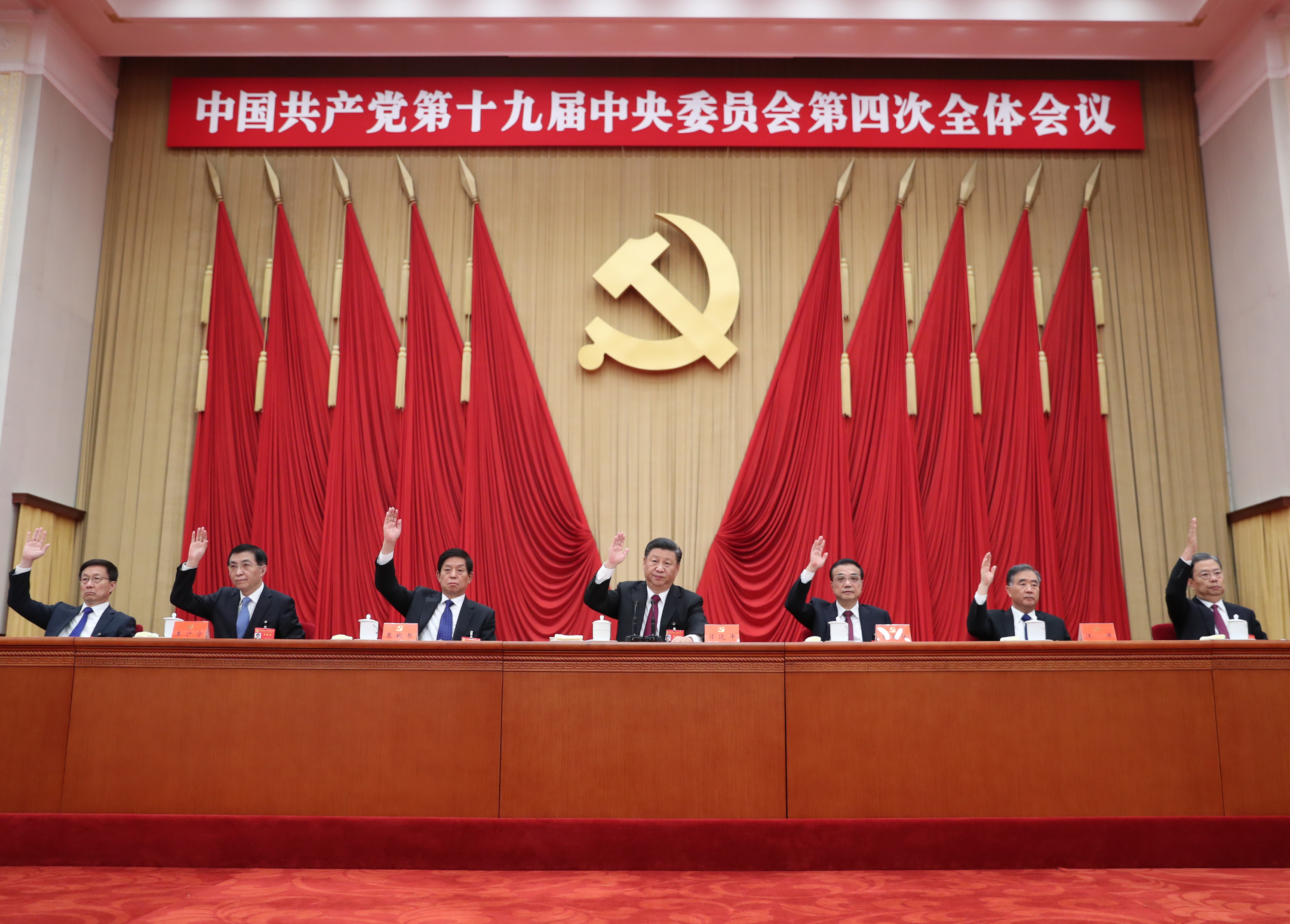 The session fully affirmed the work of the Political Bureau of the CPC Central Committee since the Third Plenary Session of the 19th CPC Central Committee, acknowledging its endeavors that led to major achievements in various causes of the Party and the country despite complicated situations marked by increasing risks and challenges at home and abroad.

The communique said, as proven by practice, the system of socialism with Chinese characteristics and China's system for governance are systems of strong vitality and huge strength.

These systems are able to push for the continuous progress of the country with nearly 1.4 billion people and ensure the realization of the two centenary goals toward the rejuvenation of the Chinese nation, which has a civilization of more than 5,000 years, it added.

- Upholding the centralized and unified leadership of the CPC, following the CPC's scientific theories, maintaining political stability and ensuring that the country keeps advancing in the direction of socialism;

- Seeing that the people run the country, promoting the people's democracy, maintaining close ties with the people and relying on them to push forward the country's development;

- Ensuring law-based governance in all fields, building a country of socialist rule of law, and guaranteeing social fairness and justice and the people's rights;

- Ensuring the whole country works together and stimulating the enthusiasm of all aspects to mobilize resources for major undertakings;

- Upholding equality between all ethnic groups, creating a strong sense of community for the Chinese nation to work jointly for common prosperity and development;

- Upholding the dominant role of the public sector and common development of economic entities under diverse forms of ownership, the distribution system whereby distribution according to labor is dominant and a variety of other modes of distribution exist alongside it, the synergy between the socialist system and the market economy, and continuously unlocking and developing the productive forces;

- Continuing reform and innovation, moving with the times, and promoting self-improvement and development to build a society full of vitality;

- Selecting officials based on integrity and ability and on the basis of merit regardless of background to cultivate more talented individuals;

- Keeping the armed forces under the Party's command and ensuring that the people's armed forces are completely loyal to the Party and the people so as to safeguard China's sovereignty, security and development interests;

- Upholding the principle of "one country, two systems," maintaining lasting prosperity and stability in Hong Kong and Macao, and promoting the peaceful reunification of China;

- Adhering to the unity of independence and self-reliance and opening up to the rest of the world, taking an active part in global governance, and continuing to make contributions to the building of a community with a shared future for humanity.

"All these notable strengths are the fundamental basis for fostering stronger confidence in the path, theory, system and culture of socialism with Chinese characteristics," the communique said.