The first phase of a 1.2-million-tonne hydrogen metallurgy demonstration project, the world's first of its kind in hydrogen energy development and utilization, was completed in north China's Hebei Province on Friday. 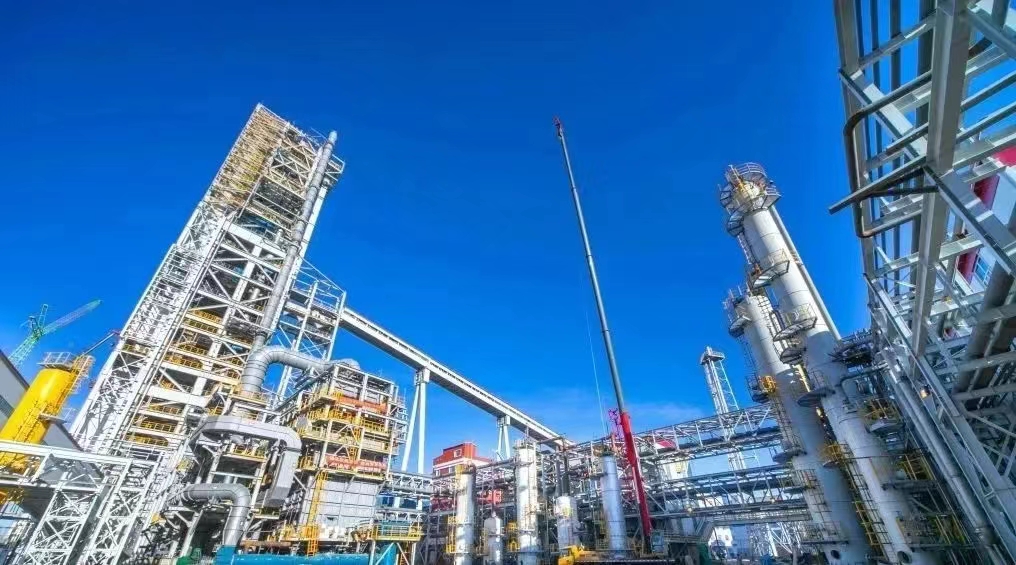 The completion of the project leads the direction of utilizing hydrogen energy in the country's steel industry, said HBIS Group Co., Ltd, its developer, which manufactures and distributes steel materials.

"Hydrogen metallurgy" is a technology that uses hydrogen to partially or completely replace carbon as the reducing agent and fuel to realize deoxygenation of iron ore.

Yang Yongqiang, a hydrogenmetallurgy expert with the HBIS Group, said that using hydrogen could help avoid a large amount of non-renewable energy consumption at the source, of which a total of 70 percent reduction in carbon dioxide emissions can be achieved.

The carbon dioxide produced in the process would be captured and reused, Yang said, adding that the project marked the transformation from "carbon metallurgy" to "hydrogen metallurgy" in China's iron and steel industry.