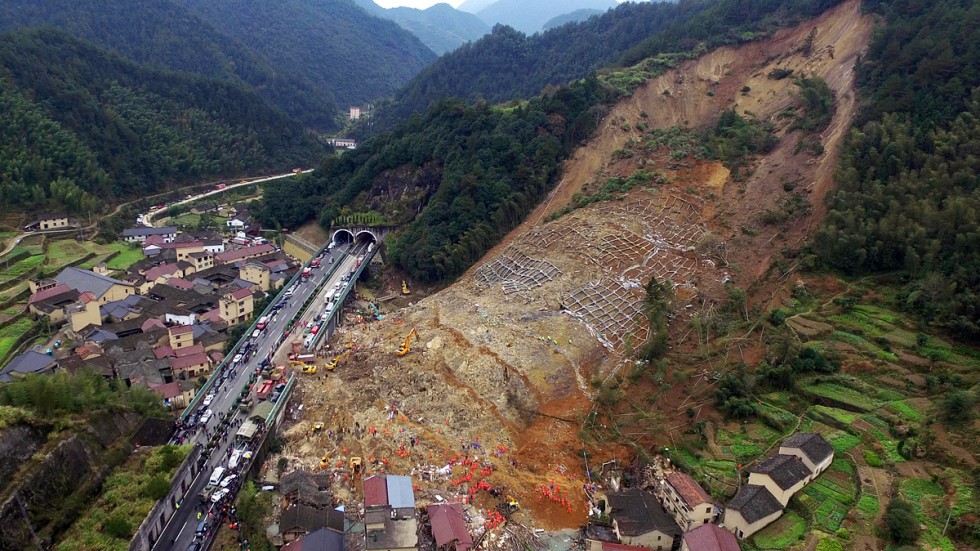 A massive landslide in Northwest China's Gansu Province forced the evacuation of 2,300 people after their homes and local roads were devastated.

The disaster struck Nanyu village in the Gannan Tibetan Autonomous Prefecture on Saturday as heavy rains and flooding ravaged the region.

The local government has set up four 24-hour monitoring sites in the area, the Xinhua News Agency reported.

A separate landslide on Thursday sent 10,000 cubic meters of debris from nearby Jiangding Mountain crashing into the village, said Xinhua.

The floods, which began on July 8, have killed 15 people and four remain missing, chinanews.com reported Sunday.

Nearly 1.9 million people across 44 counties have been impacted by the torrential rains, with 31,600 people evacuated to safety, Yangtze Evening Post reported on Sunday.

In a region known for extreme, deadly weather, the severity of this year's flooding "has a low probability of occurring," Zhang Mingying, a meteorologist at the Beijing Meteorological Service, told the Global Times.

According to a report released by the Ministry of Water Resources, 1,792 people died in floods and droughts in Gansu Province between 2006 and 2012.