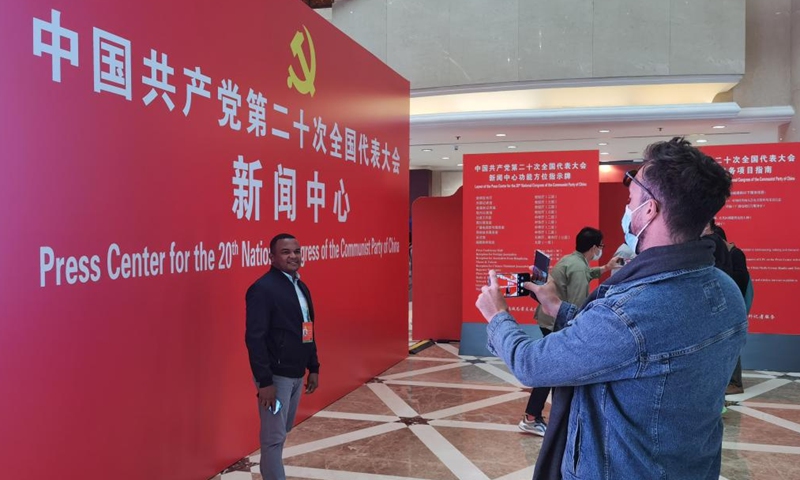 About 2,500 journalists, including 750 foreign reporters have applied to attend the upcoming 20th National Congress of the Communist Party of China (CPC) and the press center of the congress will organize various activities for reporters to facilitate access to information about the big event in China, according to information from the press center.

The upcoming 20th CPC National Congress is held when the CPC and the Chinese people are stepping into the new journey in building a modern socialist society and marching toward the second centenary goal and as a major event for the CPC and the country. It attracts national and global attention. About 2,500 reporters, including 150 from China’s Hong Kong and Macao and 750 foreign reporters applied to attend the event, a person in charge of the press center said in a statement on Thursday.

On Wednesday, the press center for the congress officially started to work. According to a registration form posted by the press center, foreign journalists need to submit applications before 10 am on Wednesday to attend the press conference and the opening ceremony. Due to COVID-19 prevention measures, they need to be quarantined in a designated hotel one day before the event, and a negative nucleic acid result obtained within 24 hours is needed.

Aside from attending the opening and concluding ceremonies of the congress, domestic and overseas reporters can also attend group interviews of the delegates to the congress, news conferences and various activities on different themes, according to the person in charge of the press center.

To offer convenience to reporters’ daily work, the press center has set rooms and equipment to facilitate remote video interview. Places where delegates stay also have interview rooms so that they can communicate with reporters.

Moreover, the press center has opened multiple channels on the internet and social media to timely release information. More materials on the history of the Party and the CPC congresses can also be found and downloaded from the website of the press center for registered reporters.

The press center has also set a working area in the hotel where reporters stay to offer catering, rest and medical services. Also, to implement the COVID-19 prevention measures, the press center has organized disinfection in public areas and stations that will offer nucleic acid tests for working staff and reporters, according to the person in charge of the press center.

The spokesperson for the 20th CPC National Congress will hold a press conference in the Great Hall of the People on October 15, the Xinhua News Agency reported on Tuesday. Journalists can attend the conference at a sub-venue set up in the Century Hall on the third floor of Hotel Nikko New Century Beijing.

Observers hailed the open and transparent release of information and said it reflects the Party's confidence and willingness to get more involved with the world.