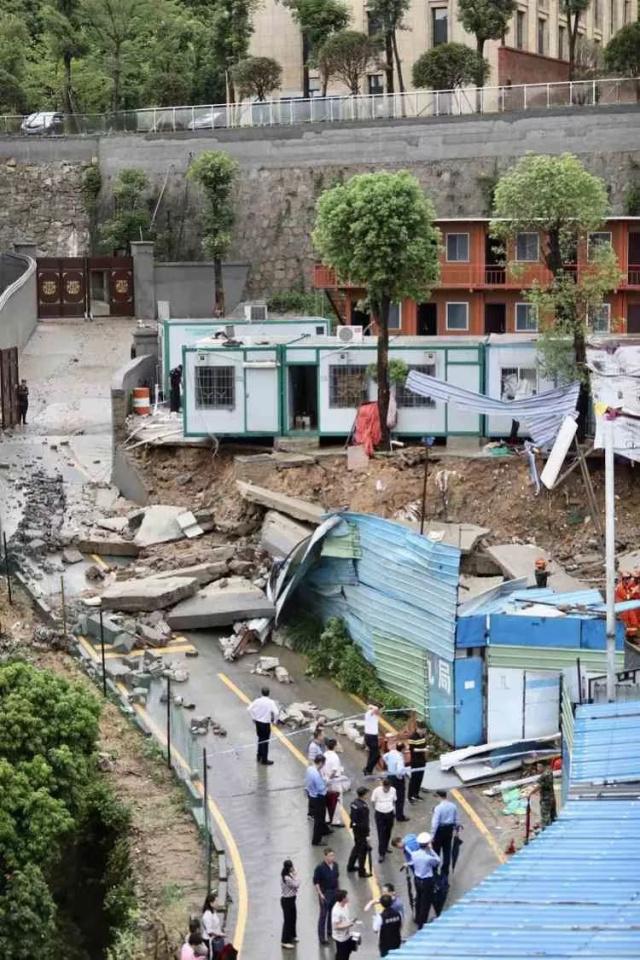 The collapse took place at about 2 p.m. in an industrial park in the city's Nanshan district as a result of torrential rain. A makeshift house was buried and two were trapped.

Further investigation into the case is underway.