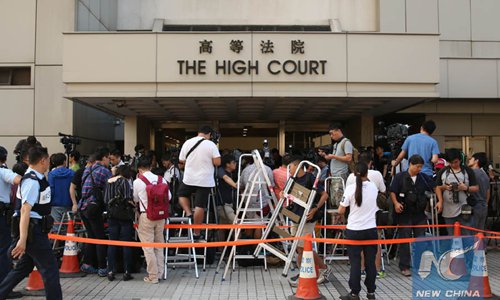 At the High Court of the Hong Kong Special Administrative Region (HKSAR), Andy Li Yu-hin and legal assistant Chan Tsz-wah, admitted to colluding with Lai and others to ask foreign forces to impose sanctions on HKSAR or China between July 2020 and February 2021.

Prosecutors said that Li and Chan were core members of a political campaign led by Lai which called for international sanctions by organizing rallies, publishing propaganda, and lobbying overseas politicians.

Li, founder of secessionist group "Hong Kong story," was among 12 Hong Kong people intercepted by the Guangdong coast guard in August last year as they allegedly tried to flee Hong Kong by speedboat.