DALIAN, Oct. 24 (Xinhua) -- Two people have been confirmed dead, and seven others were injured after an explosion occurred early Sunday morning in the county-level city of Wafangdian in northeast China's Liaoning Province, according to local authorities. 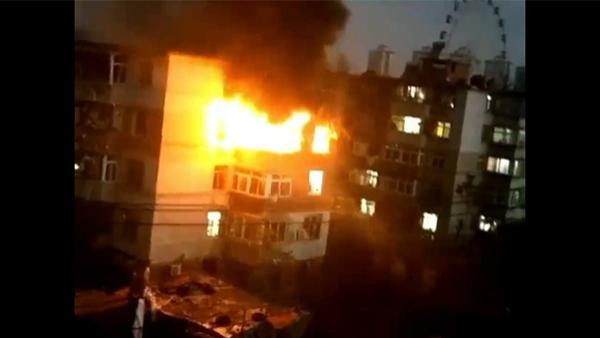 The accident took place at approximately 5:30 a.m. at a residential building in Wafangdian which is under the jurisdiction of Dalian City.

The fire has been extinguished, and the search and rescue work has been completed. All the injured have been sent to the hospital.

The cause of the blast is being investigated.