Two new confirmed locally transmitted COVID-19 cases and one asymptomatic case have been found in the city of Lu'an, East China's Anhui Province, the health commission said on Monday. 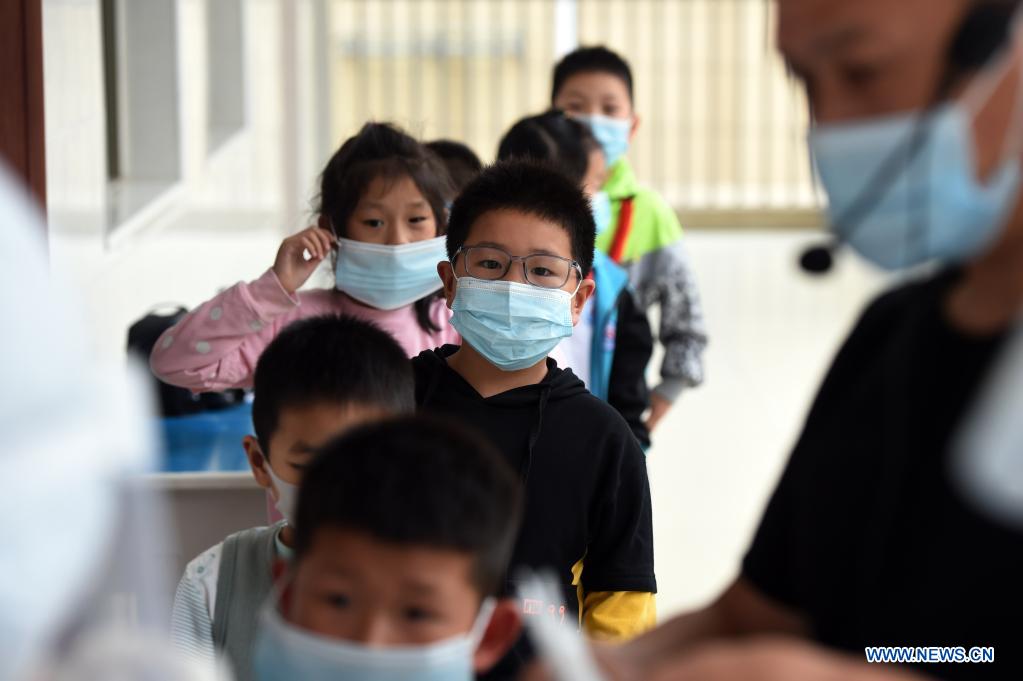 Students wait to receive nucleic acid testing at a primary school in Lu'an, east China's Anhui Province, May 17, 2021. Lu'an started to conduct a second round of nucleic acid testing for people in the city's main districts and in key areas from Monday to Wednesday, according to the commission. Authorities conducted the first round of testing from May 14 to 16 in the city proper, with more than 1 million samples collected. (Photo: Xinhua)

As of 6pm Monday, the city reported eight confirmed cases, one suspected case and 12 asymptomatic cases.

Seven confirmed patients, one suspected patient and 10 asymptomatic patients are under isolation or medical observation at a designated hospital.