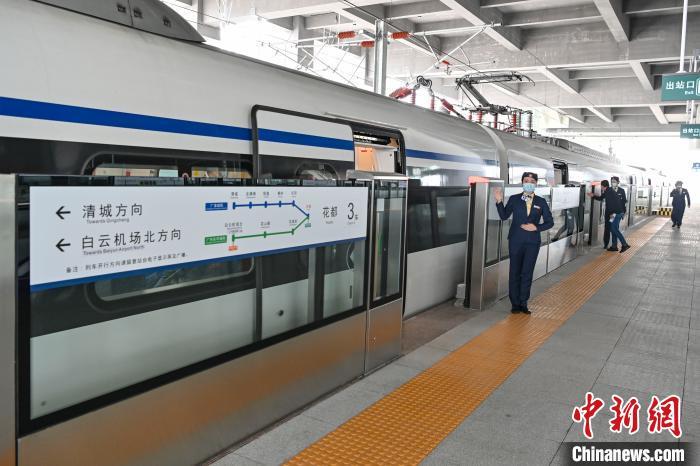 Two new intercity railways officially began service in Guangdong on Monday, further facilitating the travel of local residents and tourists in the province.

The Guangzhou-Qingyuan Intercity Railway Line, which reaches 38.2 kilometers, will help accelerate the economic integration of Guangzhou and Qingyuan in the northern part of the province, according to a statement released by the rail operator.

The new line has six stations, including two at ground level and four elevated. Travel time is about 30 minutes for the whole journey.

The railway was designed to reach speeds of more than 200 kilometers per hour, the statement said.

The 22.6 kilometer-long Guangdong Donghuan Intercity Railway has four stations, including one at ground level and three underground. It links Huadu station, also an intercity transfer station for the Guangzhou-Qingyuan line, to Guangzhou Baiyun International Airport, one of the major aviation hubs in the country.

The railway is designed for speeds of 160 km/h.

Meanwhile railway departments have adopted both offline and online ticket sales to help large numbers of passengers use railway services, the statement said.