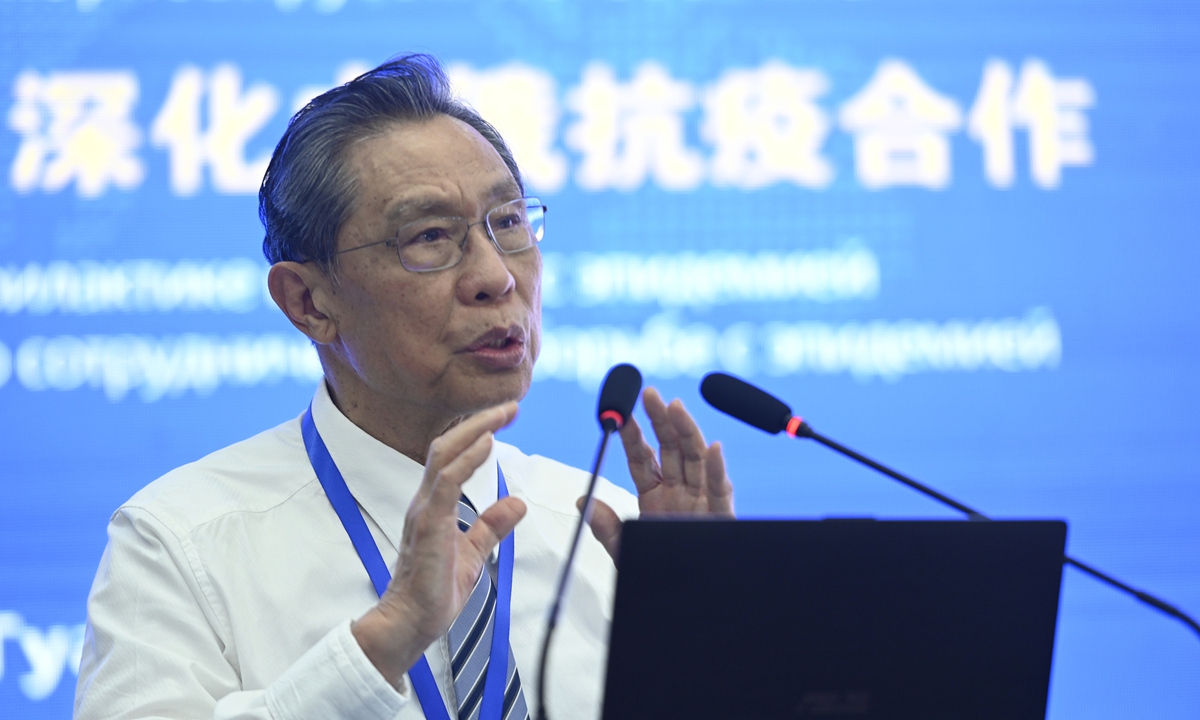 A study by teams led by top Chinese epidemiologist Zhong Nanshan showed that two shots of Chinese inactivate vaccines are still effective in preventing the Delta variant as they showed a whole 59 percent efficacy in preventing symptoms caused by the variant during the outbreak in South China's Guangzhou.

The study, results of which were published in the journal Emerging Microbes & Infections on August 14, said that two shots of Chinese inactivated vaccines are 70.2 percent and 100 percent effective in preventing moderate symptoms and serious symptoms, respectively.

It is reportedly the first real world data report on the effectiveness of Chinese inactivated vaccines against the Delta variant.

The report is based on real world data of 153 confirmed cases and 475 close contacts collected during an outbreak in Guangzhou, South China's Guangdong Province, between May 18 and June 20, which was caused by the Delta variant.

The report concluded that two shots of China's inactivated vaccines are still effective in preventing the variant.

Among the confirmed cases, 105 had moderate symptoms while the other 16 had serious or critical symptoms. None of the serious or critical patients were given the vaccines, according to the reports.
Among the vaccinated cases, 61.3 percent accepted two shots of Sinovac inactivated vaccines and 27.5 percent accepted two shots of Sinopharm's. Another 10.4 percent were given a mix of vaccines from both companies.

The study showed that, based on limited samples, a single shot of inactivated vaccines only showed 14 percent efficacy in preventing COVID-19.