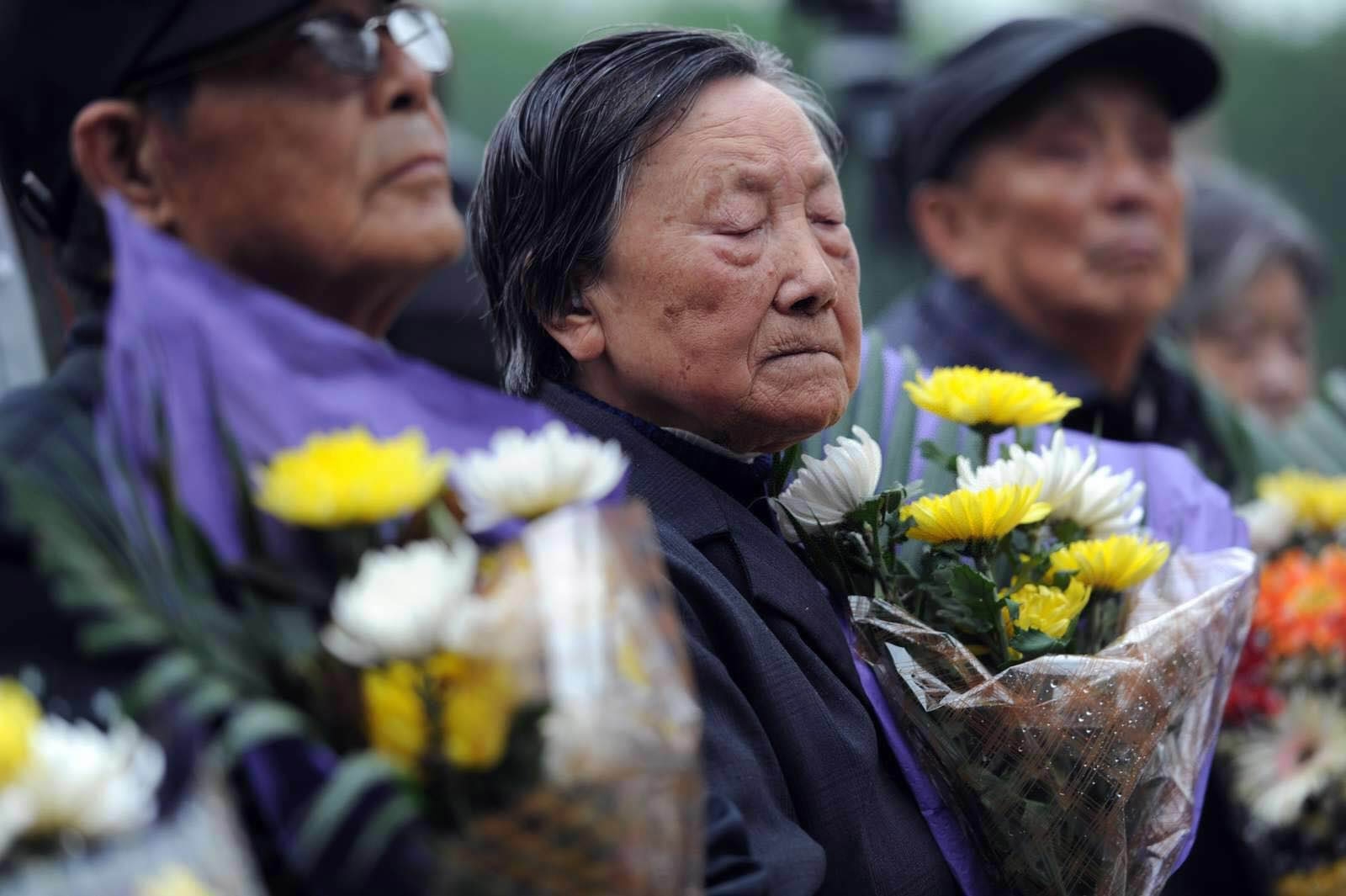 Xia Shuqin, the first Nanjing Massacre survivor who traveled to Japan to speak out for the truth. (Photo: Xinhua)

NANJING, Dec. 4 (Xinhua) -- Two Nanjing Massacre survivors have passed away in the days leading up to this year's National Memorial Day in China, which falls on Dec. 13, the same day a new law will take effect to encourage all sectors of society to care for the group.

A total of 20 survivors have passed away this year, according to the Memorial Hall of the Victims in Nanjing Massacre by Japanese Invaders on Tuesday.

Chen Guangshun, born in 1924, died in the early hours of Monday. Chen was captured by a Japanese soldier when he was 14. He was taken to the basketball court of the school in his village in the Nanjing suburbs and was forced to watch his fellow villagers be shot to death with machine guns.

He managed to escape amid chaos and hid in a nearby forest. In 2005, he flew to Japan to testify on the atrocities of the Japanese troop during the war.

Zhao Jinhua, who was born in the same year as Chen, died on Sunday. She witnessed her grandma's sister being pushed into a river after being raped and abused by Japanese soldiers. Her father was also killed for refusing to hand over the girls in his family. Zhao cut her hair and pretended to be a boy, fleeing from her home with her mother.

The survivors are living witnesses of the massacre. However, there are now less than 100 registered survivors, official data showed.

"We are still looking for survivors. But the newly-added people are far from making up for the ones we lost," said Zhang Jianjun, curator of the memorial hall.