“The opening of the new Hengqin Port, will meet the demands of a growing number of individuals crossing between Zhuhai and Macao,” said Wang Yan, deputy director of Hengqin New Area Free Trade Office. By December 20th, the port will be inspection ready but the exact opening date is as yet undetermined. 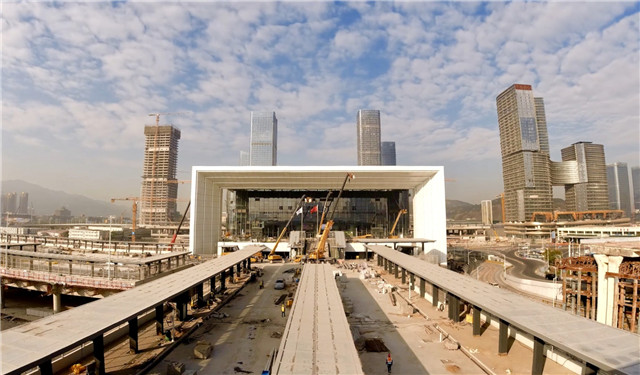 After project completion, it will become Macao’s largest land port, with the daily border crossings of passengers and vehicles at Hengqin Port set to increase from about 25,300 to 222,000, and from about 2,700 to 7,259, respectively. The total number of individual annual border crossings is estimated to reach 80 million.

Currently, despite Lotus Checkpoint in Macao being very close to Zhuhai’s Hengqin Checkpoint, the separate customs clearance takes around half an hour and brings inconvenience. Also, passengers have to take shuttle buses over the Lotus Bridge.

After moving Lotus Checkpoint to the new Hengqin Checkpoint and adopting a "Joint Inspection & One-time Release" customs clearance mode, for local Chinese it will take only a few minutes to cross from Zhuhai to Macao through the E-channels, added Wang. 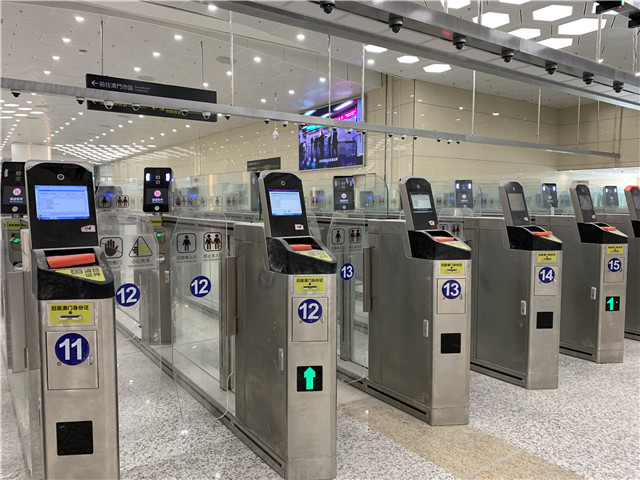 The departure E-channels. (Photo by newsgd.com)

The first floor of Hengqin Port is set up for departure and second floor is designated for entry to Macao. Currently, there are 24 (departure) + 24 (entry) e-channels and 6 (departure) + 7 (entry) manual lanes for the border crossing.

When touring the joint inspection hall at Hengqin on December 11st, most of the facilities were ready for operation, with just minor work to be completed.

The new port is hoped to boost the further opening-up of Hengqin and Zhuhai, and will help to diversify Macao’s economic development.

China's top legislature on October 26th voted to adopt a decision on authorizing the jurisdiction of Macao's port zone at Hengqin port and extended areas in Guangdong to the Macao SAR.

In order to enhance the connection of infrastructure between Macao SAR and the city of Zhuhai，and make the transportation, exchange and trade between the places more convenient, it is necessary to relocate Macao's port zone to Hengqin.

Macao SAR will administer the port zone and extended areas from the day they are put into use in accordance with the laws of the SAR, according to the decision.