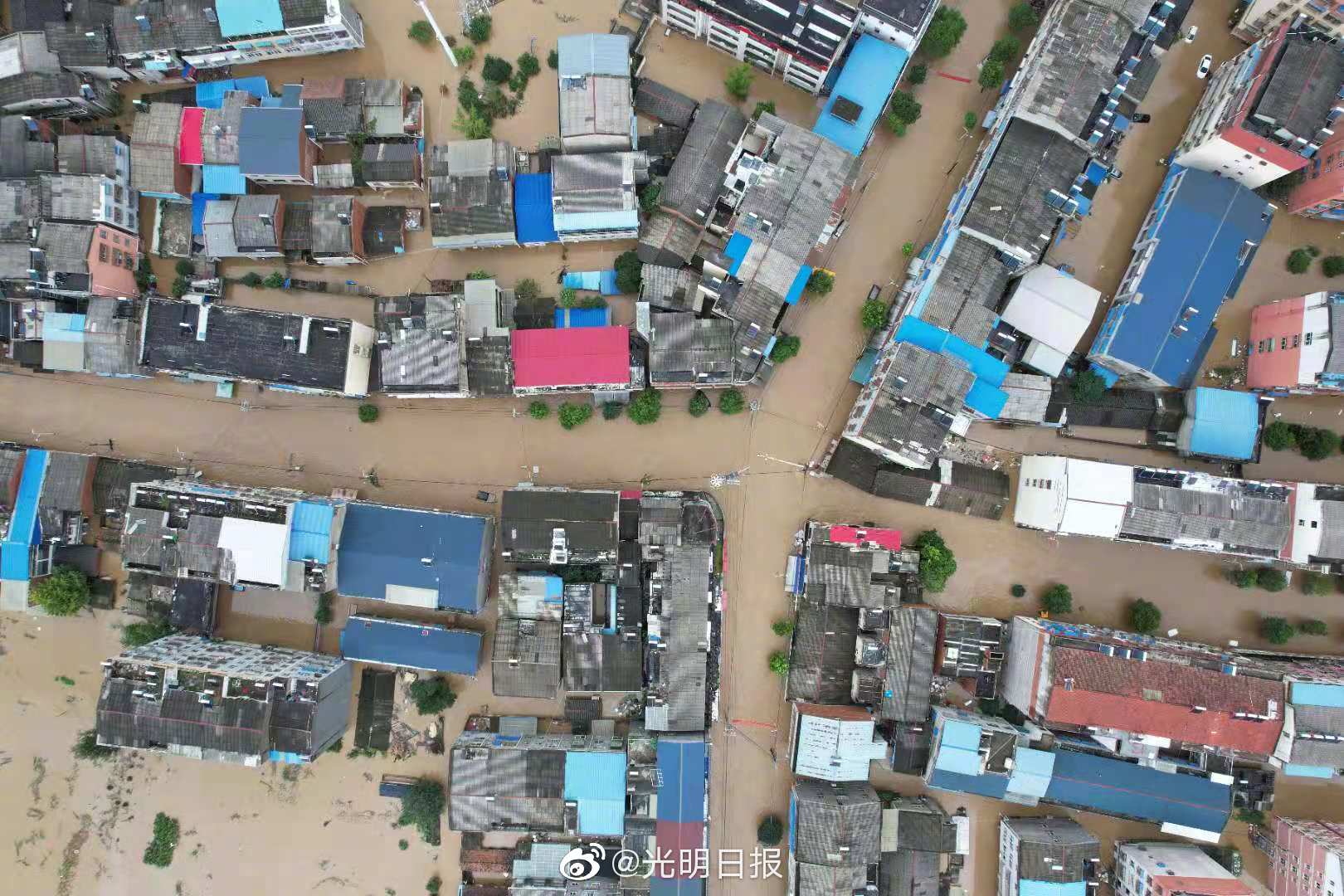 Photo from the official Weibo account of Guangming Daily

As much as 503 millimeters of torrential rain fell on the town from 9 pm on Wednesday to 9 am on Thursday.

More than 8,000 residents have been affected, said local authorities, adding that downpours in the region have damaged over 2,700 houses, of which 221 collapsed, and caused power cuts.

In the town, 373.7 millimeters of rainfall fell from 4 to 7 am on Thursday and rainfall exceeded 100 millimeters for two consecutive hours at 5 and 6 am on Thursday, all registering record precipitation rates since weather records began there.

Local authorities organized more than 1,200 people for rescue operations from the flooding, including firefighters, police, armed police, and reserve forces, as well as local officials and residents. 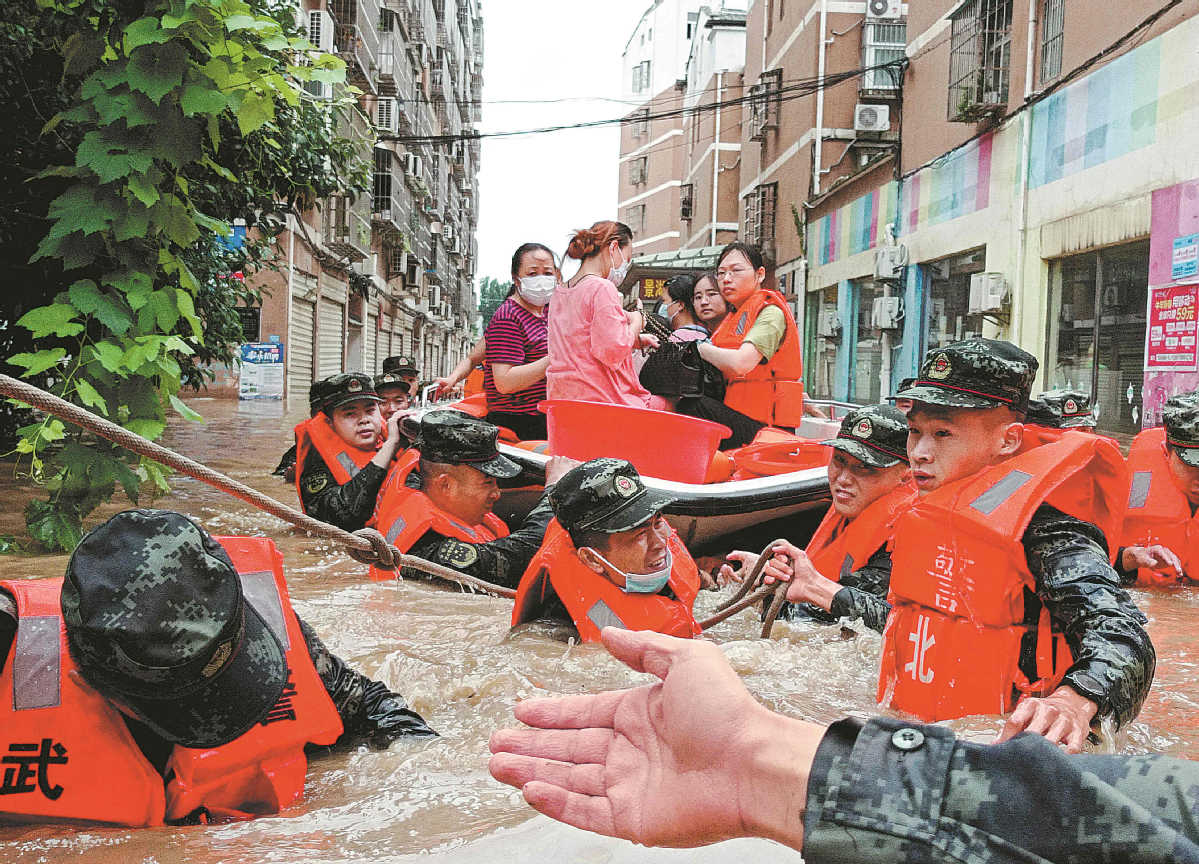 A total of 78 people were rescued and 450 people relocated. 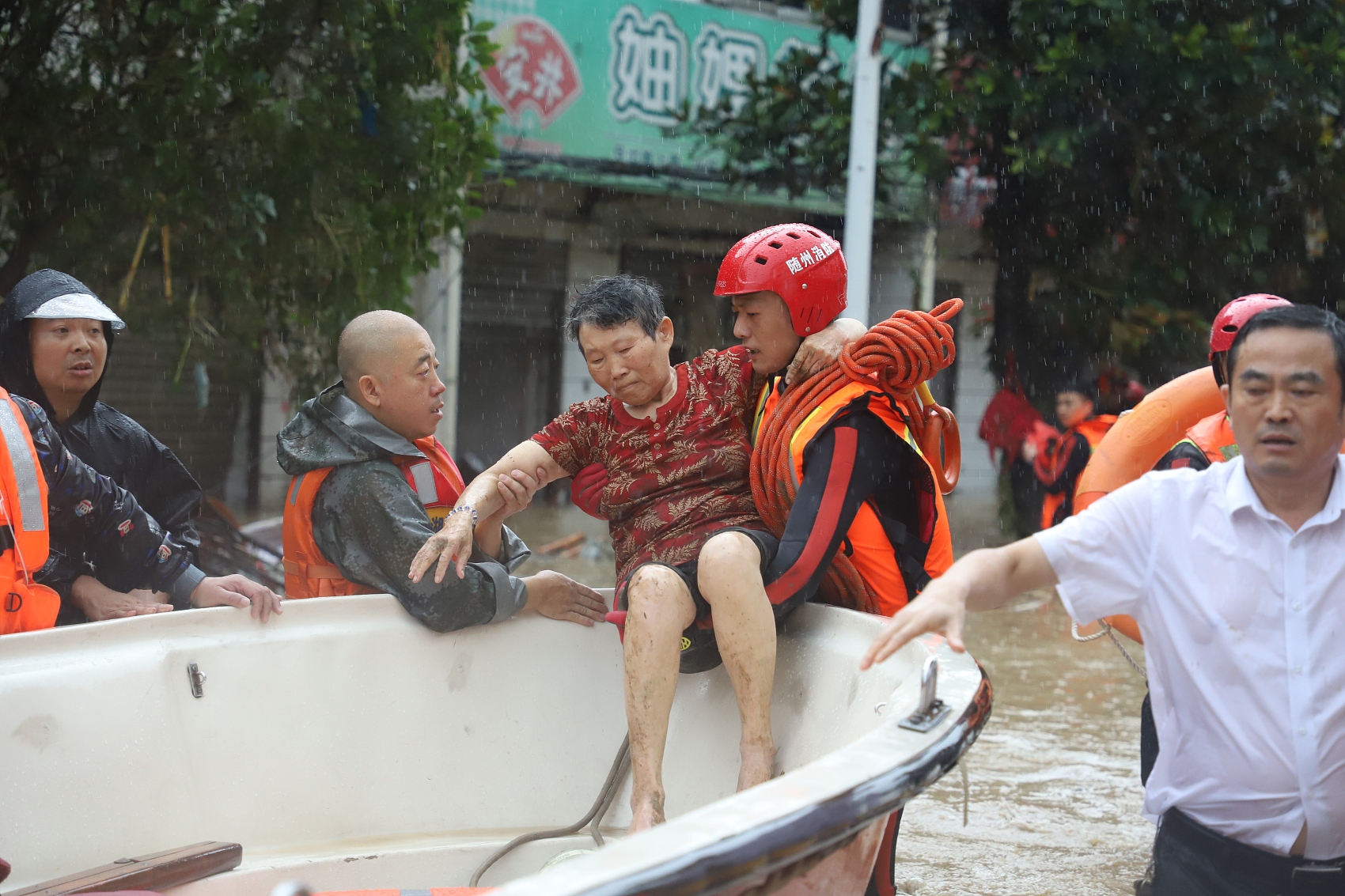