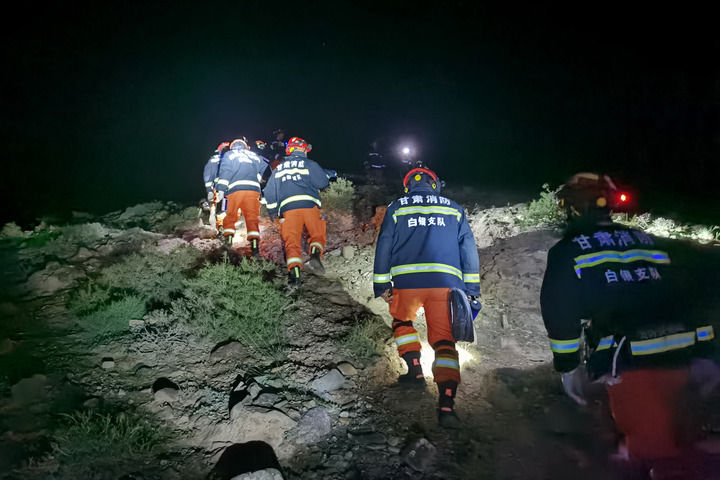 Extreme weather hit the area during the race which was held on Saturday morning in the Yellow River Stone Forest tourist site in Jingtai County, Baiyin City.

According to the rescue headquarters, at about 1 p.m. Saturday, hails, freezing rain and gales hit the area of the race's high-altitude stage between 20 to 31 kilometers. Participants suffered from physical discomfort and loss of temperature due to the sudden drop in air temperature.

Some of the participants went missing and the race was halted.

Local governments initiated an emergency response and organized more than 700 rescuers to search for the missing people.

As of 8 a.m. Sunday, 151 participants had been confirmed to be safe, of which eight with minor injuries were being treated in the hospital.

A total of 172 people took part in the race. 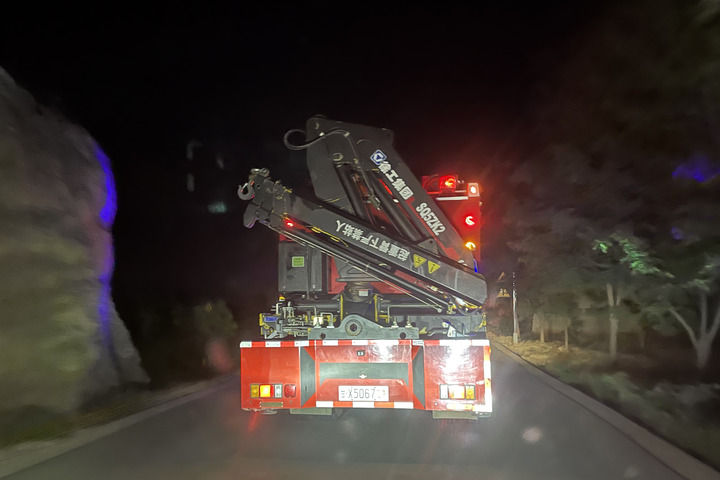 A rescue vehicle is on the way to the Yellow River Stone Forest tourist site in Jingtai County of Baiyin City, northwest China's Gansu Province, May 23, 2021. (Photo: Xinhua)