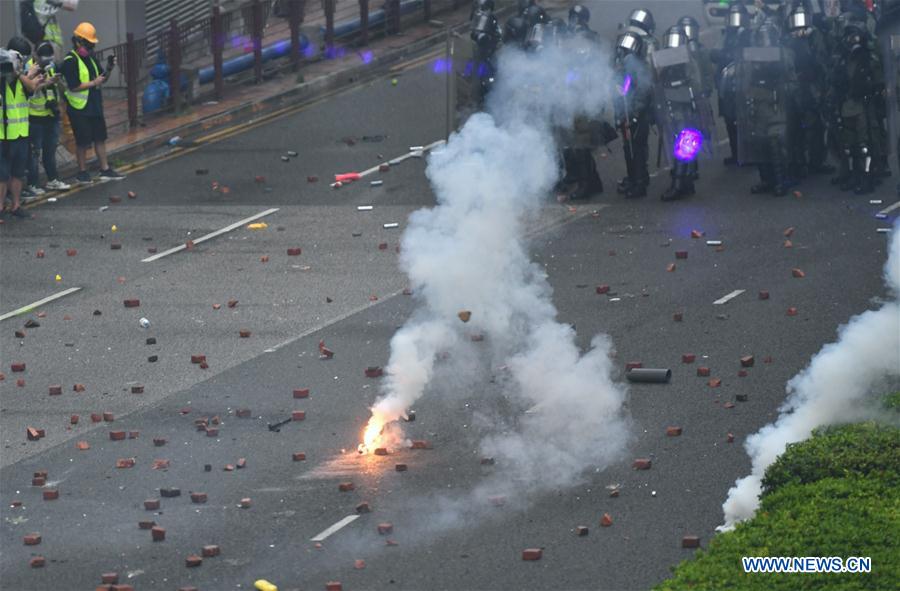 Among the 21 officers, 16 were injured on Sunday, with one suffering massive bleeding after poled by a sharpened item in his back and five others were injured on Saturday after hit by bricks, according to a press briefing of the police.

"These attacks are intentional, planned and organized," he said.