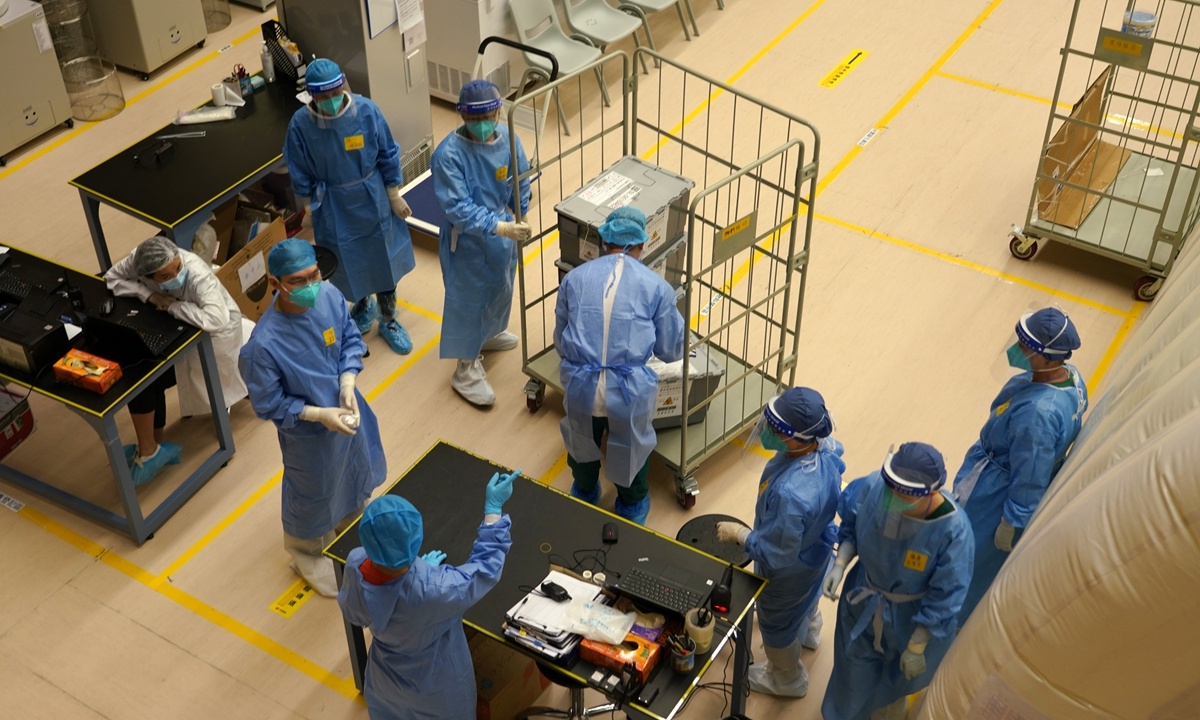 A batch of samples from community testing centers are sent to the laboratory. (Photo: cnsphoto)

As many as 1,666,000 residents have been tested for COVID-19 in the Hong Kong Special Administrative Region's (HKSAR) universal community testing program, who account for 22.2 percent of the city's population, HKSAR government said.

HKSAR officially kicked off its universal nucleic acid test scheme on September 1, as local authorities believe it is the best way for the city to bring the epidemic under control, and reopen its economy. The program was originally scheduled to last seven days, but the SAR government has since extended the testing period twice, with the latest deadline set at September 14.

Over 82,000 people were tested by 4 pm on the first day of the program, including HKSAR chief executive Carrie Lam, and other government officials. According to the SAR government, 43,000 Hong Kong residents were tested from 8 am to 8 pm on September 12. A total of 1,666,000 have been tested in the 12-day period.

Around 1,616,000 nucleic acid samples have been tested as of Saturday, with 23 samples confirmed as being positive after re-testing by the Centre for Health Protection under the Department of Health, local media Hong Kong Headline Daily said Saturday.

A spokesperson of the HKSAR government said: "We urge the public to participate in the program for ourselves and others, and work to cut off transmission of the coronavirus as soon as possible, so that we can gradually return to our normal lives, and restart our economic activities."

Statistics from the Hong Kong Centre for Health Protection show that Hong Kong has so far reported 4,938 confirmed COVID-19 cases and 100 deaths as of Saturday.