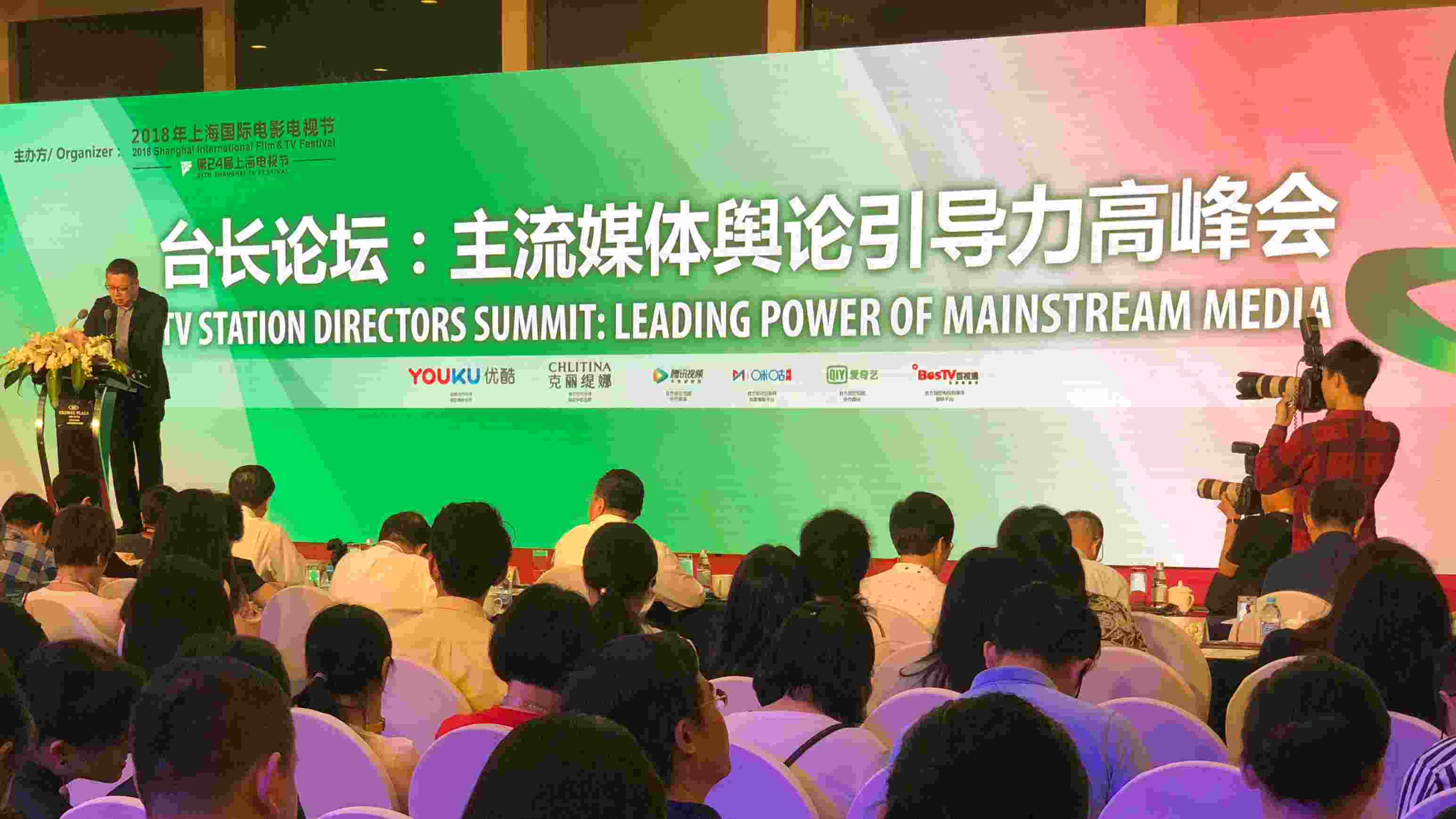 The 24th Shanghai TV festival kicked off on Monday with a forum that featured on the opinion-leading power of mainstream media. Directors from both national and provincial Chinese TV stations gave keynote speeches, in which they expressed dedication to promoting socialist values.

Peng Jianming, the deputy chief editor of state broadcaster CCTV, or China Central Television, said China is the world’s biggest producer and broadcaster of TV dramas.  And among all CCTV programs, TV drama boasts the most airtime and viewing rate. Peng thereby stressed the importance of developing TV series that will serve to consolidate the socialist ideology in a time of diversified values.

Lyu Huanbin, director of the Hunan Broadcasting System, which has a reputation for producing TV programs with massive rating hits emphasized the role of digital media in leading public opinions. The broadcasting system now operates an online platform named Mango TV, that has 50 million daily active users and is expanding its presence abroad as it launched an international version of the app last month.

“Documentaries have now become the fourth biggest genres in our group aside from general news, variety shows, and TV dramas. We want to focus on people's real life and their stories,” said Gao Yunfei, director of the Shanghai Media Group, adding that the group will continue to invest in documentaries and reality TV dramas in 2018.

The 24th Shanghai TV Festival is part of the 2018 Shanghai International Film and TV Festival and will continue until June 15, when the winners of this year’s Magnolia Awards will be announced.

Over 800 TV dramas, documentaries, animations, and variety shows have been submitted from more than 50 countries and regions.

Of all the submissions, 55 of them were nominated for different categories of this year’s Magnolia Award.