25 adult milu reintroduced into the wild to boost species' numbers 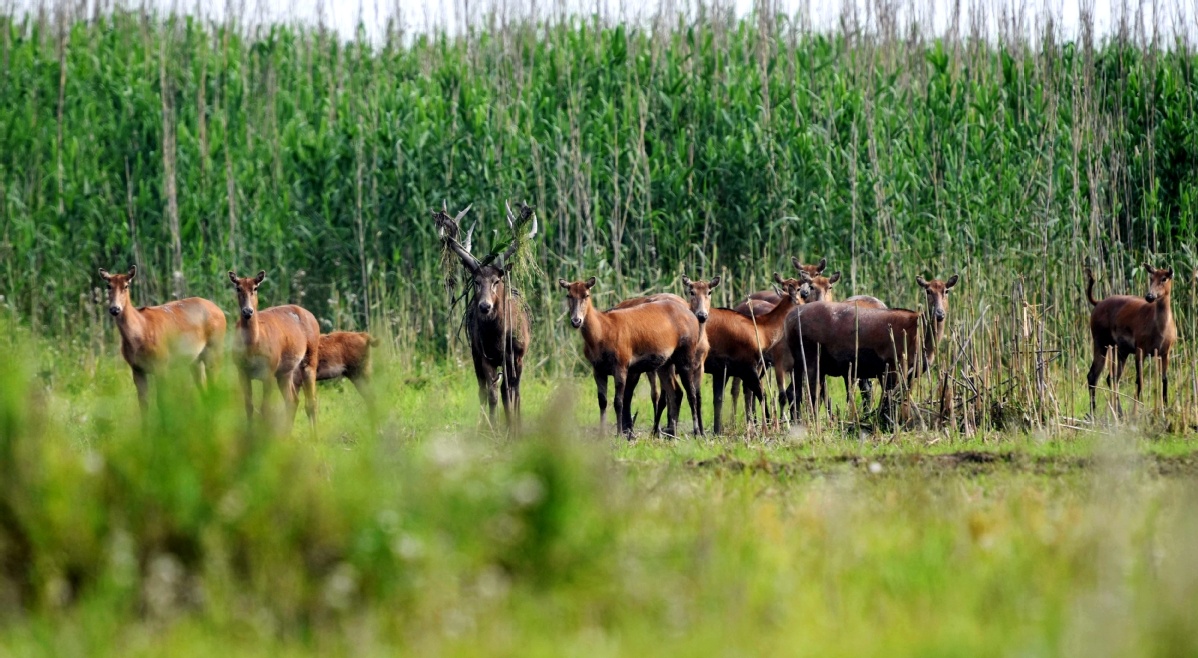 A herd of milu deer wanders around the wetland in the East Dongting Lake National Nature Reserve in Hunan province. (Photo: Xinhua)

China recently sent 25 adult milu deer back to the wild, aiming to boost the species' wild population, the National Forestry and Grassland Administration revealed on Saturday.

Also known as Pere David's deer, the milu deer was once extinct in China due to overhunting and habitat loss, with only 18 individuals surviving in the world.

But the milu deer also is considered one of the most successfully reintroduced species, according to the International Union for Conservation of Nature.

In 1985, the species was reintroduced from the United Kingdom to China, and the population gradually increased under protection.

According to the administration, the species currently has a total population of more than 8,000 in China as of today. It also is under first-class state protection in China.

In the country's three major protected areas in Beijing and East China's Jiangsu and Central China's Hubei provinces, its population has increased significantly from 39 in 1986 to 5,681 now. Of them, 1,820 are living in the wild.

Since 1993, China has attempted to release captive-bred milu deer back to wild, with each tracked by an electronic collar on the neck.