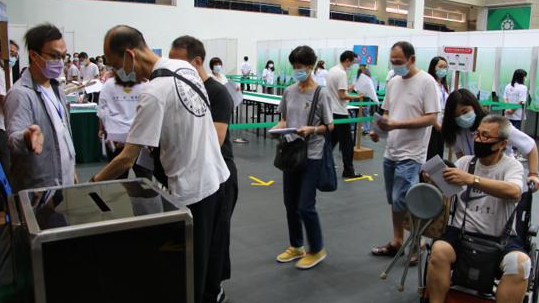 Voters cast their ballots during the election of the seventh Legislative Assembly of the Macao SAR, China, September 12, 2021. (Photo: CMG)

The election of the seventh Legislative Assembly of Macao SAR kicked off on Sunday morning.