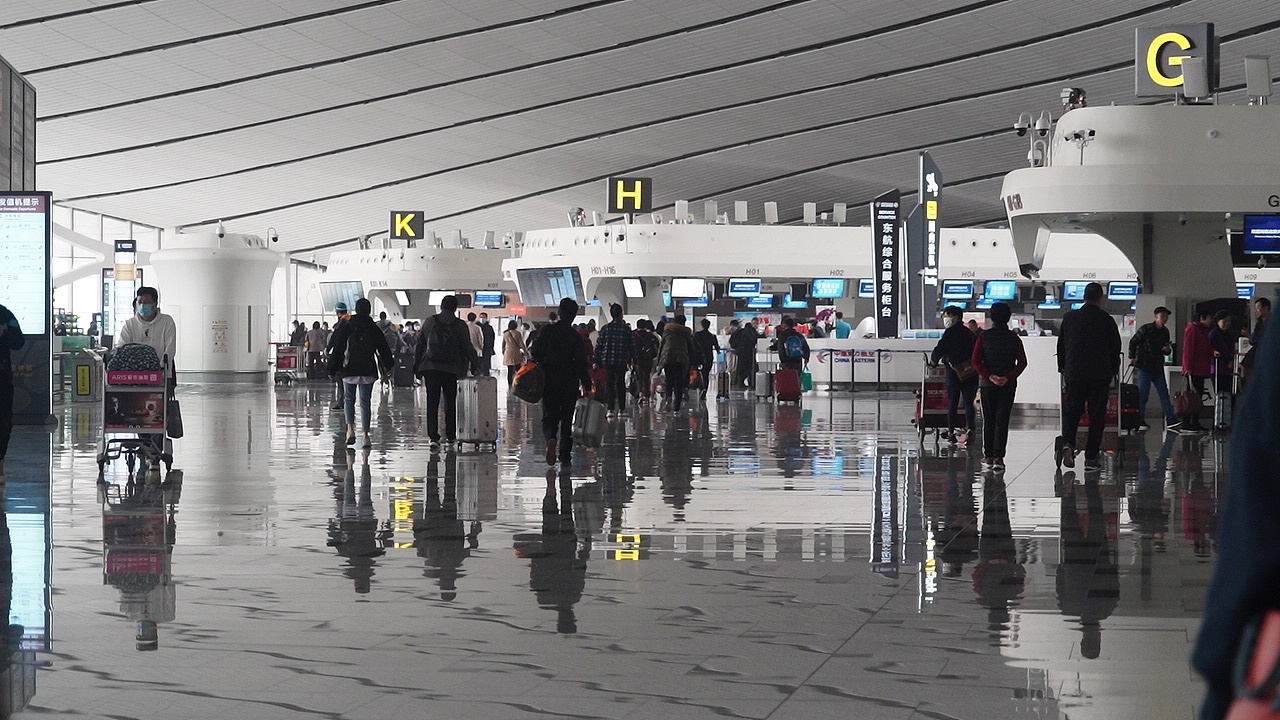 BEIJING, April 13 (Xinhua) -- Twenty-seven Chinese civil airports registered an annual passenger throughput of more than 10 million each in 2020, down from 39 in 2019, according to a statistical bulletin released by civil aviation authorities.

Among the total, mega airports in Beijing, Shanghai and Guangzhou served 18.2 percent of China's total air passenger throughput in 2020.

China has been enhancing its civil aviation infrastructure sector. As of the end of 2020, China's total number of certified civil transport airports reached 241.

Airports in Beijing, Shanghai and Guangzhou jointly handled 44 percent of the country's air freight transport volume, a decrease of 2.5 percentage points compared with the figure in 2019.

In 2020, China's civil airports handled around 857.2 million passengers and 16.08 million tonnes of air freight, down 36.6 percent and 6 percent year on year, respectively, showed the statistical bulletin.

Thanks to the country's economic resilience and effective pandemic control, China is leading the global civil aviation industry in recovering from the impact of the COVID-19 pandemic, particularly on domestic routes.

China's civil aviation sector has remained the world's second-largest in terms of passenger trips for the past 15 years, according to the CAAC.