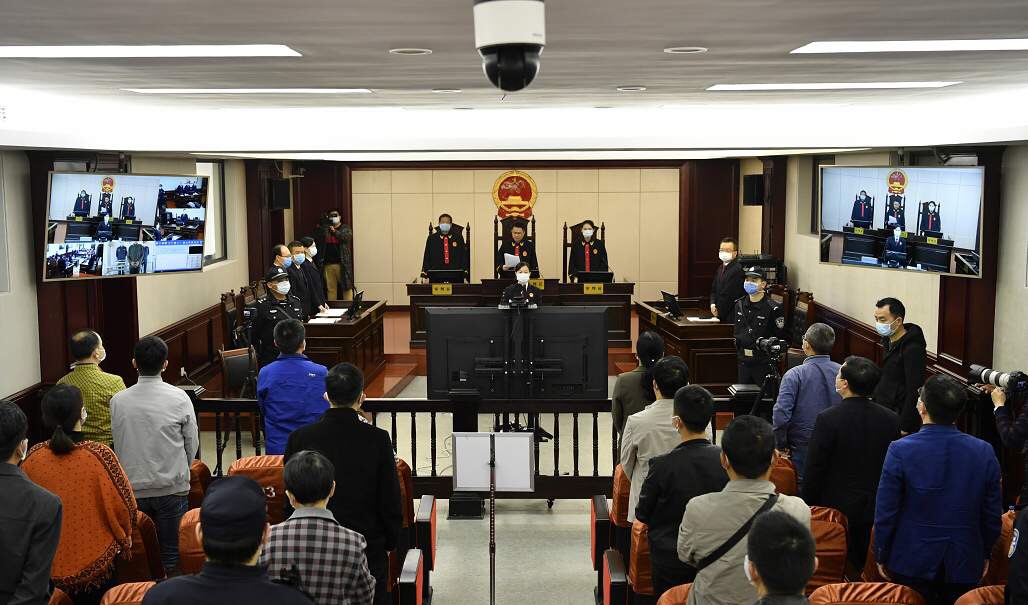 NANCHANG, April 24 (Xinhua) -- Local courts in east China's Jiangxi Province Friday sentenced 28 defendants who are held accountable for a deadly construction platform collapse in 2016 in the province to prison terms ranging from two years to 18 years.

On Nov. 24, 2016, a platform for the construction of a cooling tower at a power plant collapsed in Fengcheng, Jiangxi Province, killing 73, injuring two and causing a direct economic loss of about 102 million yuan (about 14.4 million U.S. dollars).

After trial, courts found out the accident was an extremely serious production safety accident.

The 28 defendants, including company managers and engineers, were sentenced to fixed-term imprisonment ranging from two years to 18 years for crimes including dereliction of duty, abuse of power and accepting bribery. Among them, five were fined.

A building materials company was fined 2 million yuan for producing and selling fake and inferior products.