HOHHOT, March 19 (Xinhua) - A total of 28 unexploded bombs believed to be left by troops engaging in a 1939 war were discovered in areas near the China-Mongolia border, police said Tuesday. 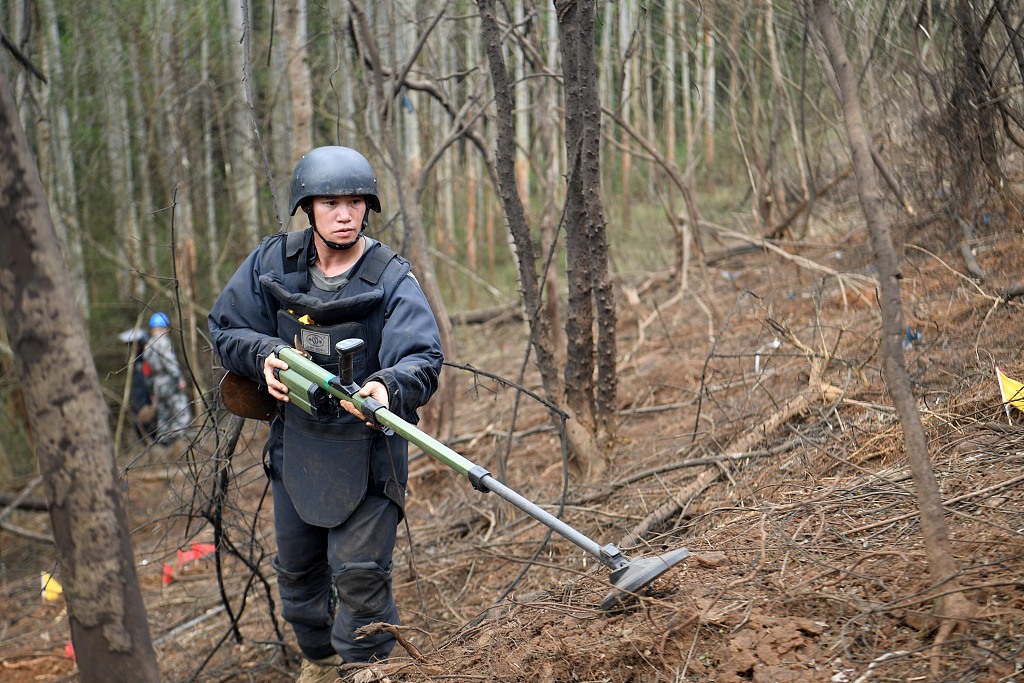 Border police of north China's Inner Mongolia Autonomous Region found the rusted bombs, all 57-cm long and 14 cm in diameter, while patrolling the border. They have been transported to a storage place and will be destroyed.

Bomb experts believe that the bombs were left by troops engaging in the Battles of Nomonhan in 1939 and could accidentally be detonated by local villagers or animals.

The Battles of Nomonhan witnessed the defeat of Japanese troops by the former Soviet Union and the People's Republic of Mongolia. More than 200,000 troops participated in the 135-day conflict, which resulted in more than 60,000 casualties. Japan abandoned plans to invade the Soviet Union after the defeat.

In 2018, border police found and destroyed 324 unexploded bombs in areas where the battles took place.