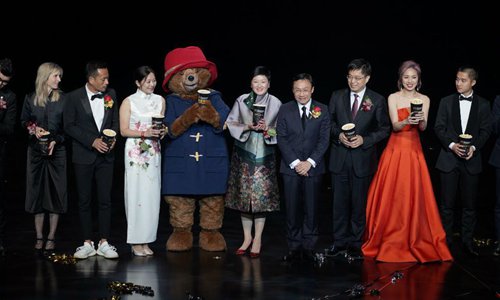 The second Macao International Film Festival kicked off Friday in China's Macao Special Administrative Region, with over 40 films from around the world to be shown on the big screens. The seven-day event includes such sections as Competition Section, Gala, Flying Daggers, Best of Fest Panorama, Crossfire, and Special Presentation. American star Jeremy Renner, Chinese actor Donnie Yen, Chinese actress Miriam Yeung and rising South Korean star D.O. were appointed as Talent Ambassadors in the film festival. German director and actor Udo Kier will be the recipient of this year's Career Achievement Award. On the night of the opening ceremony, family cartoon movie "Paddington 2" was shown as the opening film. To go in line with the recent designation of Macao as the United Nations Educational, Scientific and Cultural Organization (UNESCO) Creative City of Gastronomy, the organizers specifically arranged two movies related to gastronomy to be shown during the festival. The awards will be announced at the closing ceremony on Thursday.