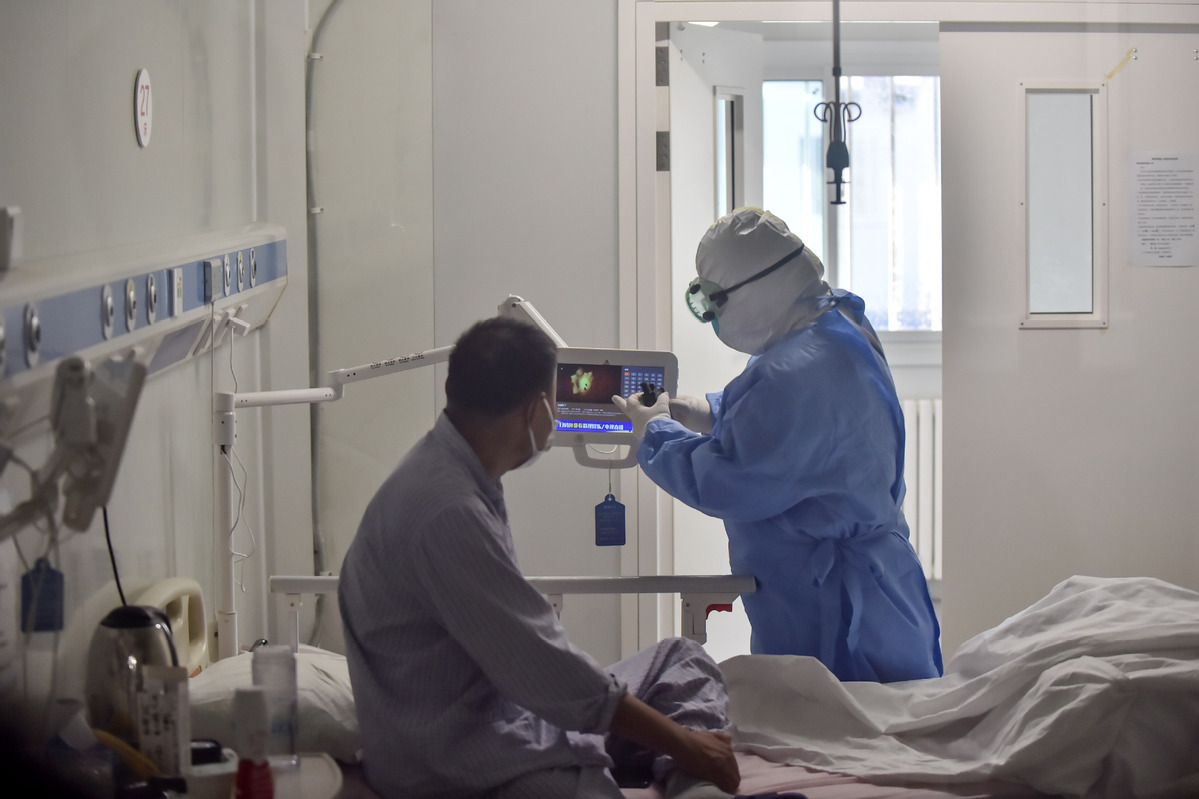 Another COVID-19 patient among the new cluster of infections in Beijing was discharged from hospital on Tuesday, and more cases will recover, a senior official at the hospital said.

Wu Guoan－deputy head of Beijing Ditan Hospital, Beijing's designated hospital for treating COVID-19 cases－said at a news conference on Tuesday that more patients are expected to get well in the following days and reunite with their families.

"All the recovered patients will have to undergo another 14-day centralized quarantine before they go back home," Wu said. "So far, we haven't seen any human-to-human infection caused by recovered cases."

Affiliated to the Capital Medical University, Beijing Ditan is well-known for dealing with infectious diseases.

All the cases are being treated at the hospital in the capital's Chaoyang district. By Monday, the hospital had received 325 COVID-19 patients, 181 of whom are male and 144 female. The average age of those patients is 42, with the oldest aged 86 and the youngest just a year old.

Beijing reported seven new local cases on Monday, bringing the total confirmed patients to 325 since the first newly confirmed case was reported on June 11, according to the Beijing Center for Disease Control and Prevention.

Pang Xinghuo, deputy head of the center, said on Tuesday that some people who were quarantined did not report their symptoms because they thought they were not serious.

One of those patients was a cleaner at Xinfadi wholesale market, to which all the new local cases have been linked.

The 63-year-old man started coughing on June 20 during centralized quarantine but didn't report the symptom or take medicine. On June 27, his nucleic acid test result was positive, and on Monday he was confirmed to have contracted the novel coronavirus.

"The symptoms of COVID-19 are varied and not typical," Pang said.

She reminded the public to pay close attention to their own health and go to the hospital quickly if symptoms occur.

The Beijing Municipal Health Commission issued a series of service measures on Monday, requiring medical institutions to ensure effective regular control and prevention of COVID-19, as well as to offer improved medical service.

Gao Xiaojun, a spokesman for the Beijing Municipal Health Commission, said on Tuesday that test results for COVID-19 issued by hospital and medical institutions should be mutually recognized across the city, and the test should not be repeated within 24 hours.

The commission is also requiring each district in the city to designate a regional medical center for treatment of residents from medium-and high-risk areas.