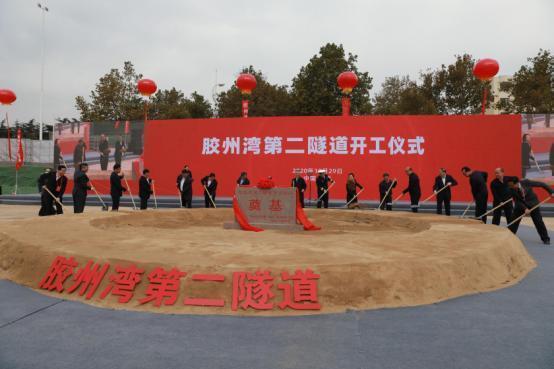 Qingdao, Shandong province, began construction of its second undersea tunnel on Thursday to connect the eastern and western parts of the city. Upon completion, it is expected to be the world's longest undersea highway tunnel, the builders said.

The tunnel — a 15.89-kilometer segment, 11.2 km of which is underwater — spans Jiaozhou Bay. Its deepest section will extend 155 meters below sea level, according to Qingdao Conson Development (Group) Co, the company responsible for construction. It is designed with six two-way lanes, plus a service channel in the center.

Norway's Ryfylke Tunnel, at 14.4 km, is currently the world's longest and deepest subsea highway tunnel in the world, according to Wikepedia.

Experts said that the construction of the Qingdao tunnel would face big challenges, including ventilation and disaster prevention systems in a super long tunnel.

"It is an extremely complex mega project," said Du Yanliang, a member of the Chinese Academy of Engineering. "It will lead global development of undersea tunnels and be a transportation infrastructure milestone for China."

The new tunnel will be available to trucks and other freight vehicles. It will increase economic and trade ties, as well as personnel exchanges between the eastern and western urban areas of Qingdao, local officials said.