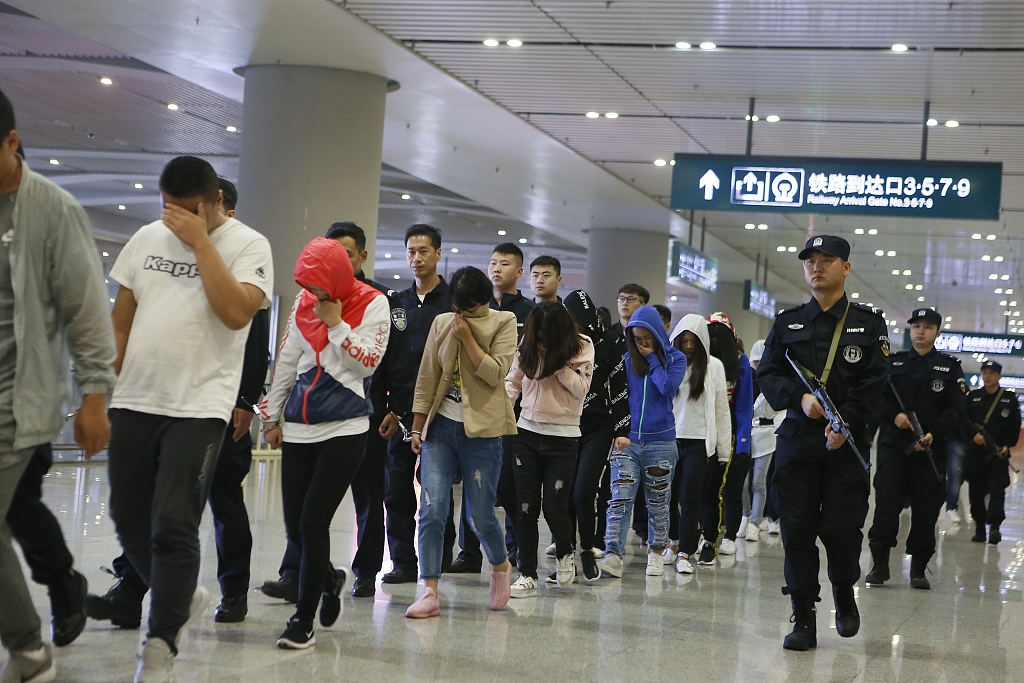 BEIJING, Aug. 8 (Xinhua) -- A total of 3,589 suspects have been captured and 284 fraud criminal groups busted so far this year in China's crackdown on scams of "unfreezing national fortune left long ago by Chinese," according to a Ministry of Public Security press conference on Thursday.

A total of 623 million yuan (88.95 million U.S. dollars) involved in the fraud cases has been frozen by authorities.

In typical asset unfreezing scams, criminals fabricate stories of huge fortunes left by Chinese from centuries or decades ago and trick people into contributing initial capital or membership fees to unfreeze the legacies for so-called poverty alleviation, charity or investment programs.

The fraud is often conducted via social media and online payment platforms.

Liu Zhongyi, director of the criminal investigation bureau under the ministry, stressed that public security agencies across the country would continue crackdown on such crimes, focusing on not only investigating cases but also addressing them at the root in the areas prone to crimes of this type.

Vowing to severely punish behind-the-scenes organizers and manipulators of scams and better guard people's property and rights, authorities also called for vigilance against any self-claimed "asset unfreezing" program, as there is no legal program of this type in China, and any money-raising activity under the pretense of "asset unfreezing" is fraud, according to Liu.

Acts of passing on information that promotes and facilitates so-called "asset unfreezing" programs or forming online messaging and chat groups for member recruitment and fee collection related to such programs are suspected law violations, Liu said.