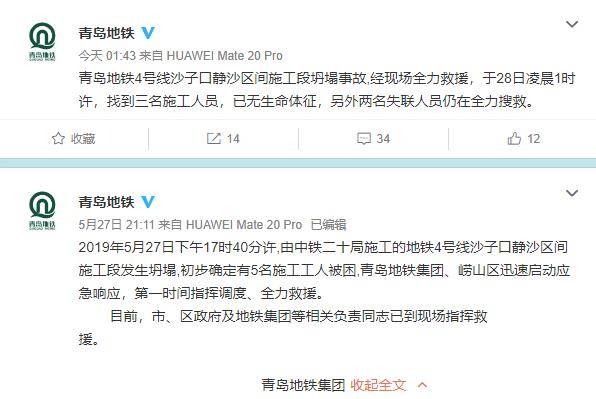 Qingdao Metro said the collapse occurred at 5:40 pm Monday at a construction site of the No. 4 Metro Line, when five workers were trapped.

By Tuesday morning, rescuers have found the bodies of three workers. The search is continuing.