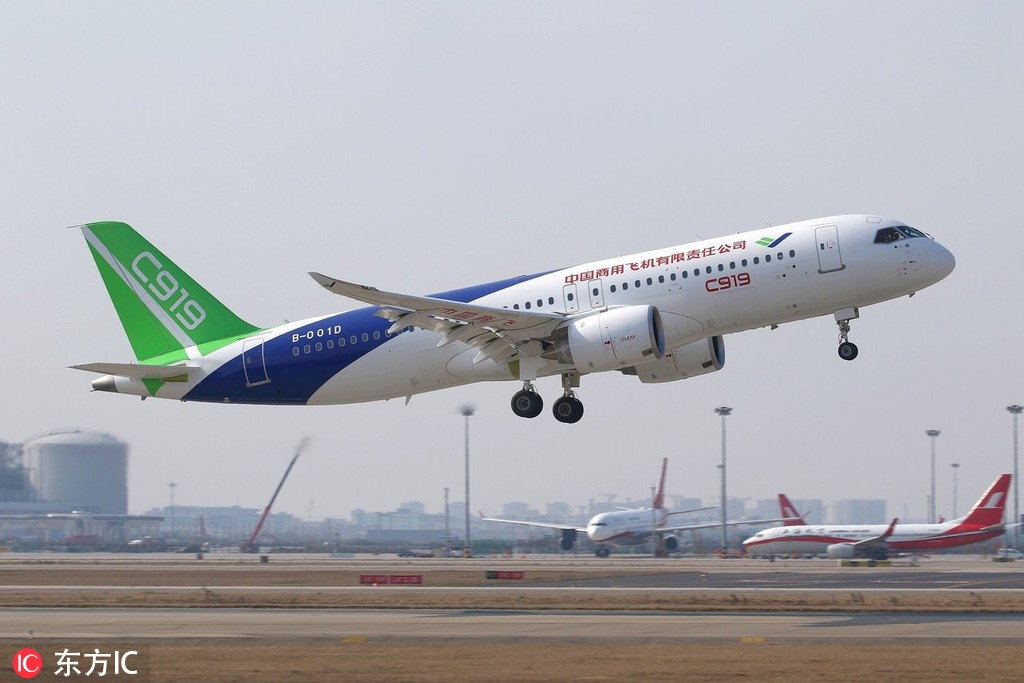 A third prototype of the C919 passenger jet makes its maiden flight in Shanghai Pudong International Airport on Dec 28, 2018. (Photo/IC)

Another three prototypes for China's first homegrown large passenger jet, the C919, will conduct their maiden flights this year, following the success of a third one on Dec 28, 2018, according to the Commercial Aircraft Corporation of China Ltd (COMAC), the maker of the jet.

The 104 prototype test aircraft of the China-made C919 has entered its final assembly stage, the 105 is undergoing the assembly of major components, and the main components of the 106 are in production. The maiden test flights for all three new prototype jets are expected to take place before the end of 2019.

The addition of these three would bring the total number of C919 prototype test aircraft to six.

To date, domestic and overseas buyers have placed orders for 815 of the China-made C919 aircraft.