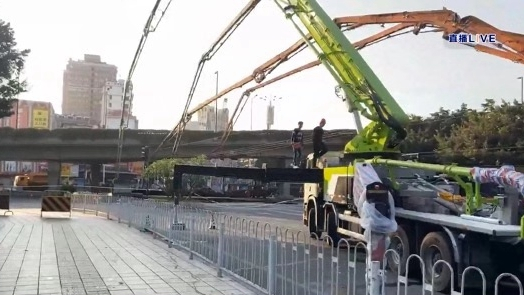 GUANGZHOU (Xinhua) -- Three people who have been trapped in a sudden ground collapse accident in south China city of Guangzhou remain missing as of Sunday evening, according to local authorities.

The cave-in happened at 9:28 a.m. at a construction site of the Metro Line 11 in the city, sinking a cleaning vehicle and an electric scooter.

Rescue efforts were hampered by multiple collapses occurring at the scene  which widened the range of surface subsidence, said the Guangzhou Metro company at a press conference held by the information office of the municipal government.

Construction workers in the subway tunnel have been evacuated. Partial backfilling and side slope reinforcement are being conducted to avoid further sinking, with surrounding water and gas pipelines being shut down and nearby roads and buildings closely monitored.

The search and rescue are underway. The accident didn't affect functioning metro lines.