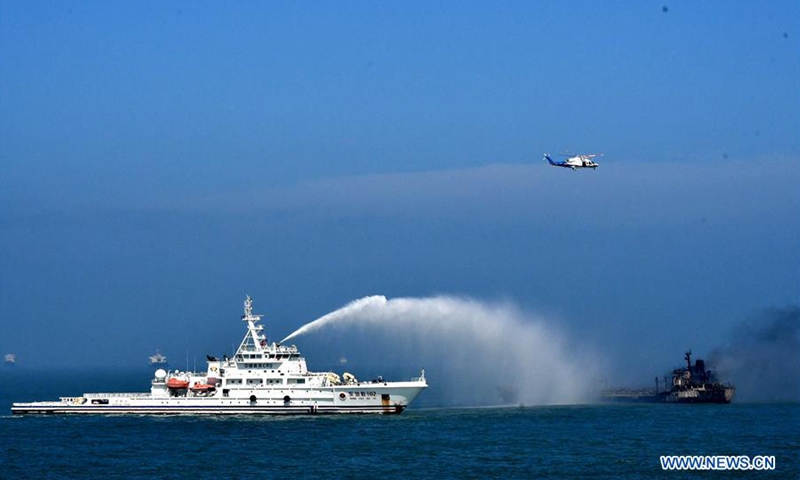 Three people have been rescued while 14 are still missing after two ships collided near the Yangtze River Estuary in Shanghai on early Thursday morning, the Shanghai maritime safety authority said on Thursday. The rescue operation for the missing crew members is still ongoing.

The collision, which involved a gravel boat and a petrol tanker with 3,000 tons of gasoline, took place 1.5 nautical miles (2.78 kilometers) southeast of the lightvessel in Yangtze River at 3:39 am on Thursday.

The accident sank the gravel boat and resulted in a fire on the deck of the petrol tanker, causing trouble for the 17 people on board, the Shanghai Maritime Safety Administration said.

Three people have been saved as of 8:00 am Thursday, with one sent to a nearby hospital for treatment. The local authority is still searching for the remaining 14 crew members while ensuring smooth navigation for the ships in the nearby area.

The accident marks the first collision accident between ships near the Yangtze River Estuary in Shanghai this summer.