By Liu Kun in Wuhan and Palden Nyima | chinadaily.com.cn 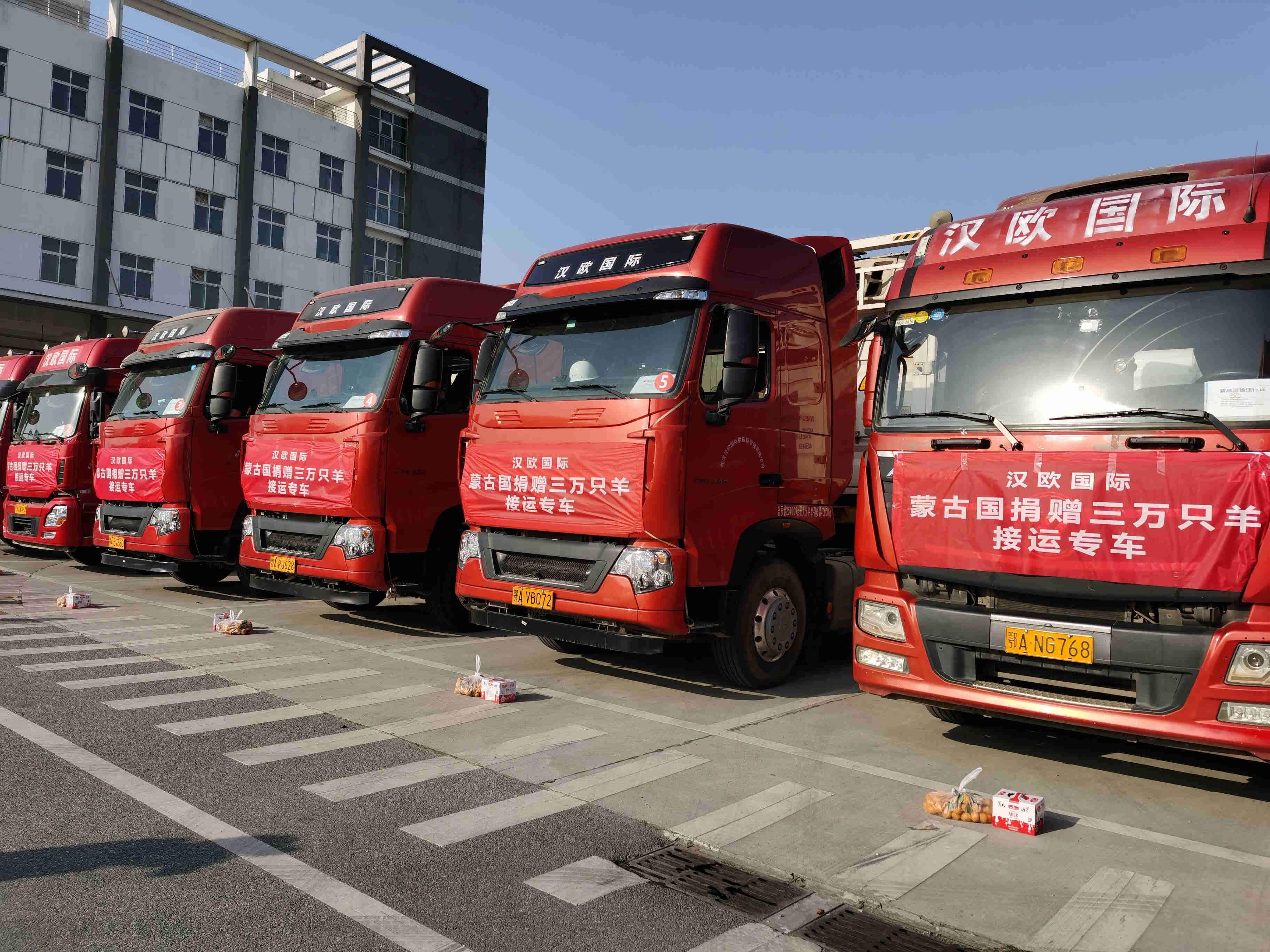 Trucks are lined up in Wuhan, capital of Central China's Hubei province, on Nov 9, 2020 before setting out for the border city of Ereenhot in North China's Inner Mongolia autonomous region to transport 30,000 sheep donated by Mongolia.  [Photo provided to chinadaily.com.cn]

Ten trucks sent out by Wuhan Asia-Europe Logistics from Wuhan, capital of Central China's Hubei province, were sent out to the border city of Ereenhot in North China's Inner Mongolia autonomous region on Monday to transport 30,000 sheep donated by Mongolia.

The transportation team is expected to arrive in Ereenhot by Wednesday; the container of each truck can carry an average of 1,200 slaughtered and processed sheep. The trucks and all related equipment for the transportation team were carefully disinfected, and all the drivers and the staff of the crew were required to take nucleic acid tests beforehand. 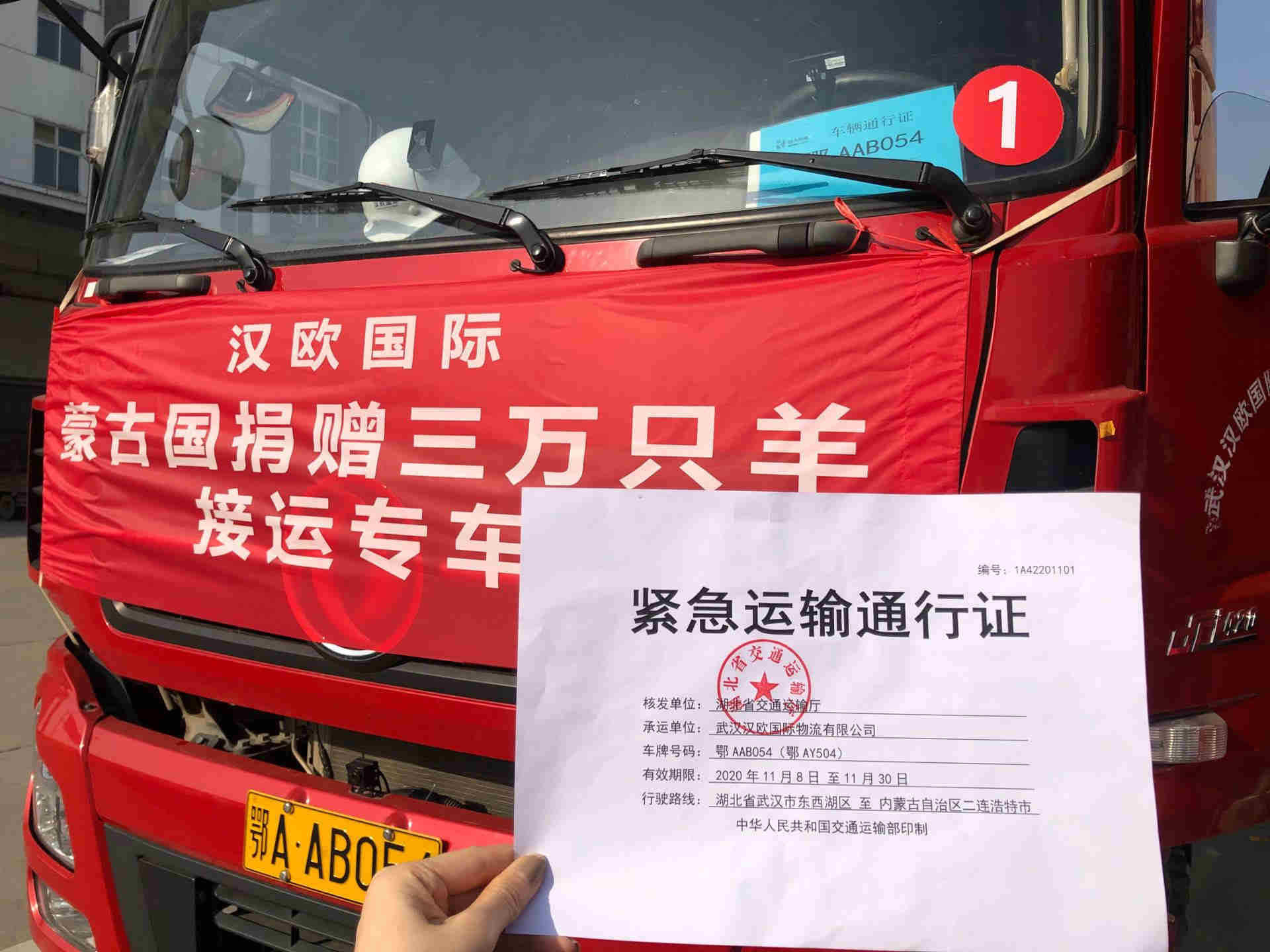 An emergency transport permit for transporting the donated sheep is seen. [Photo provided to chinadaily.com.cn]

Wuhan was hit hard by COVID-19 earlier this year, and the Chinese government and its people have been receiving support from the Mongolian government from the early stage of the outbreak.

This is the second batch of the 30,000 sheep that Mongolia offered to donate to China when Mongolian President Khaltmaa Battulga visited China on Feb 27.

Four-thousand sheep - the first batch of the 30,000 donated sheep on the hoof - arrived at the border of Ereenhot on Oct 22. Those sheep were slaughtered and stored in containers in Ereenhot to await transportation after further examination and approval, and now all the 30,000 will be transported to Wuhan.