CHINA 30 companies are added to blacklist for wage cheating

30 companies are added to blacklist for wage cheating

Chinese authorities have blacklisted another 30 companies that defaulted on paying wages－part of its latest crackdown on unscrupulous employers as the Chinese New Year approaches. 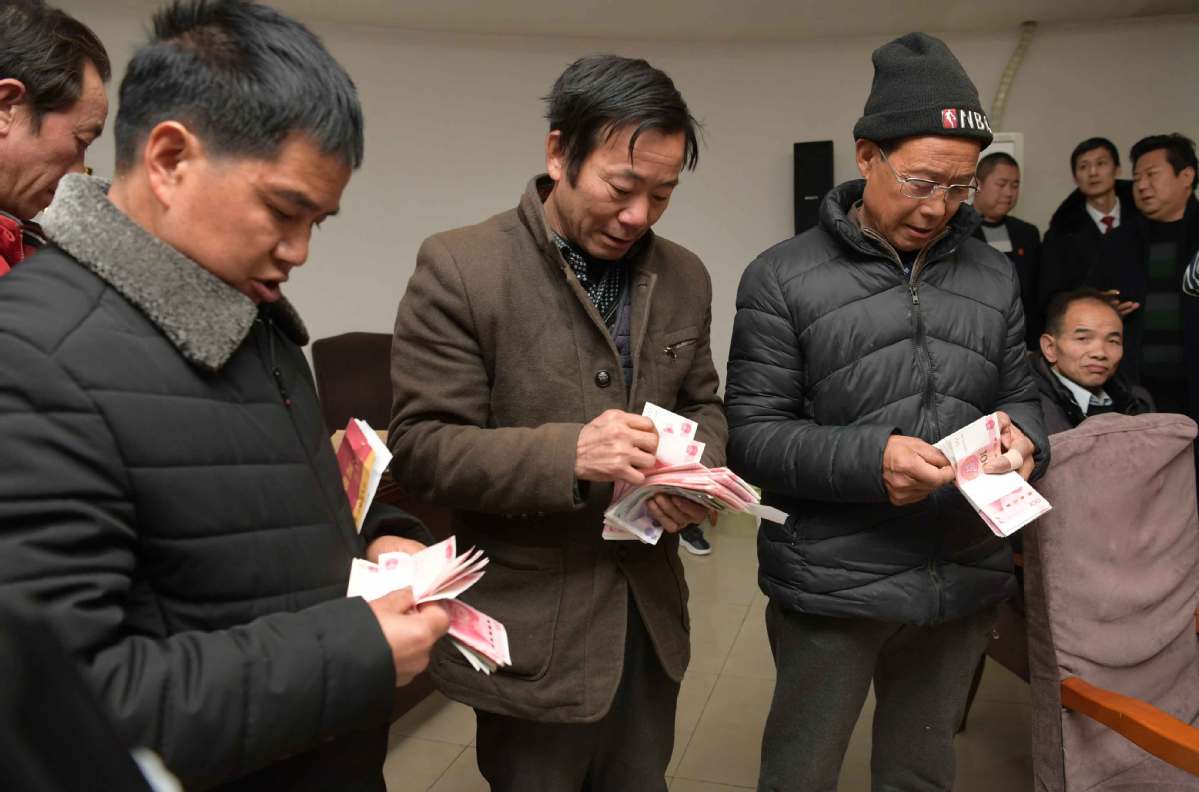 After four years of appeals, 17 workers from Hanzhong, Shaanxi province, were awarded their due wages by the Lianhu District People's Court in Xi'an on Dec 26. [Photo/China Daily]

The companies face restrictions on government funding or contracts, production permits and financing, among other measures, the Ministry of Human Resources and Social Security said on its website recently.

They will also be barred from activities associated with "high spending", such as travel by air or high-speed train, and bookings at luxury hotels.

The disgraced employers－mainly in labor-intensive sectors where migrant workers are widely used－have failed to pay wages ranging from 50,000 yuan ($7,250) to more than 2 million yuan, the ministry said.

According to the ministry, 80 unscrupulous employers have been put on the list since July, where they will stay for a year.

Those who pay the wages owed will be removed from the list after a year, but further punishment to be determined is in store for those who fail to pay, it said.

Some of the companies have paid the wages, the ministry said.

Migrant workers leave their rural homes seeking jobs in cities away from their families. Many go home only once a year, usually for Spring Festival.

When the country began its reform and opening-up process in 1978, it triggered rapid urbanization in coastal regions. Large numbers of farmers from impoverished Central and West China flowed southeast to supply labor in construction and factories.

Huang Jiusheng, a project manager at the China Construction 7th Engineering Division Corp, where he leads some 12,000 workers, said that despite the workers' contributions in the cities, many of them have been cheated out of wages.

Their meager wages and lack of legal knowledge often led to a situation in which they are unable to retrieve their hard-earned money.

Some had to find their own way to get their due pay, such as "disrupting construction work, and in extreme cases threatening to kill themselves", he said.

In 2016, the central government made handling their concerns a priority, and urged authorities to eliminate the phenomenon by 2020.

The Ministry of Human Resources and Social Security decided in 2017 to use the blacklist to punish employers who default on wages, or refuse to pay employees without good reason. The penalty also applies to those whose defaults have led to extreme cases or mass protests.