The whereabouts of 30 firefighters are unknown in a forest fire in southwest China's Sichuan Province after they went missing on Sunday. 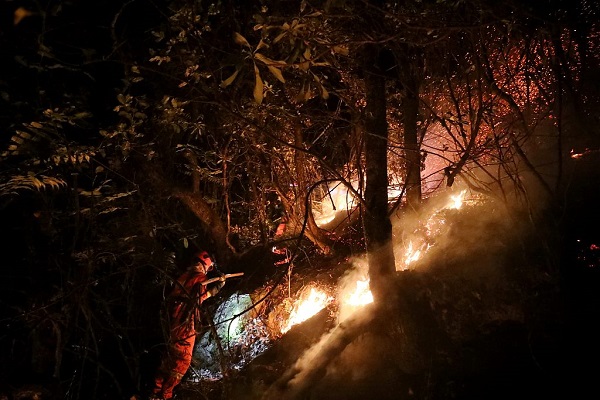 Firefighters of the Liangshan Forest Fire Brigade were fighting the fire on March 27. (Photo: VCG)

The fire started at a height of about 3,800 meters and the terrain was complex, causing traffic and communication problems.