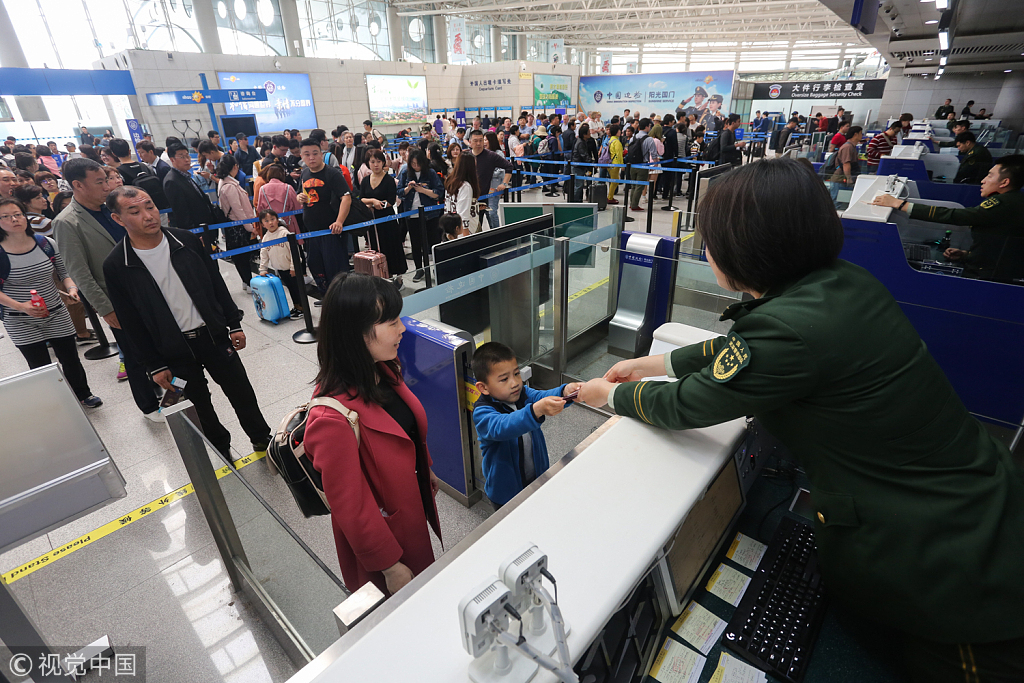 Tourists wait in line for customs clearance at an airport in Qingdao, Shandong province on April 29, 2018. (Photo/VCG)

Starting Monday, Chinese citizens will wait for no more than 30 minutes for customs clearance in all land, sea and air entry-exit ports across China, the State Immigration Administration announced on Thursday at a news conference.

The measure aims to tackle problems plaguing major ports, where Chinese citizens line up for hours for border inspections during rush hours on holidays and weekends.

Major ports include some large airports as well as big land ports adjacent to Hong Kong or Macao. Some other ports are slow letting people through due to limited space.

China saw over 598 million exits and entries across the border in 2017, a more than 140-fold increase from 1977, according to the the Ministry of Public Security.

About 512 million of the trips were made by Chinese citizens, accounting for 86 percent of the total, with 285 million by Chinese mainland citizens.

Monday marks China’s traditional Dragon Boat Festival, a holiday which usually sees a surge in exits and entries across the border.

Meanwhile, the administration will also ensure efficiency of exit and entry clearance for foreigners.